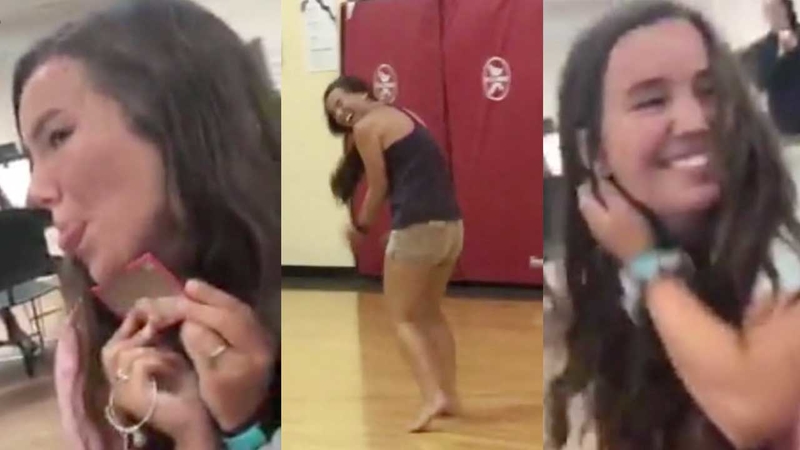 One clip, taken the day before she went missing, shows Tibbetts' playful nature as she giggles and plays with a mirror for her friend. In another clip, Tibbetts playfully dances around a gym. The videos, newly shared with ABC News, were taken by her friend, Olivia Ritter and later shared to social media by a co-worker.

"We WILL bring you home Mollie, and you'll be salsa dancing in no time!" the co-worker, Jarrett Rose, wrote.

In another video that the family shared, taken in 2016, Tibbetts can be seen speaking to a crowd about her faith and the power of prayer.

In the three weeks she's been missing, multiple loved ones had already reflected about Tibbetts' infectious personality.

"She's the sweetest, kindest most caring person that I've ever met in my life," her boyfriend, Dalton Jack, said shortly after she went missing. "I've never seen her do anything like an act to hurt anybody ever, and I've known her for three years and I spend pretty much every day with her."

The 20-year-old, a rising sophomore at the University of Iowa who was working at a day camp over the summer, was excited for the future. Her mother said she was supposed to be the maid of honor in Jack's brother's wedding, which has been postponed since she went missing.

Tibbetts was last seen on July 18 when she went for a run in Brooklyn, Iowa. She had been staying with Jack for the summer but he was out of town at the time. Jack is not a suspect, according to police.

Her father told ABC News earlier this week that he believes someone who knows her took her, and he believes her personality may have given that person the wrong idea.

"I do really believe that what happened to Mollie wasn't that someone set out to harm her," Rob Tibbetts said. "I think because they haven't found Mollie, that Mollie is still someplace, and we can get her home."