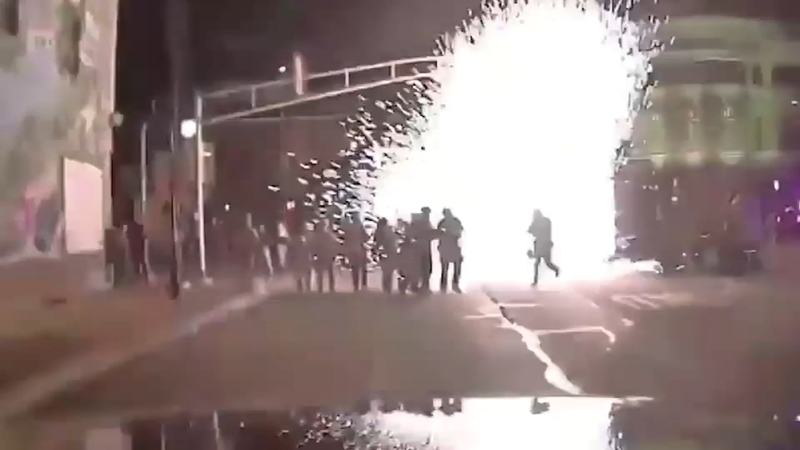 Naperville's police chief said the people behind the violence Monday came in from out of town.

The FBI is investigating the incident, police said.

Earlier on Monday, a large crowd gathered in Naperville for a peaceful protest in which the police chief knelt in solidarity with demonstrators.

But just after 10 p.m., large crowds were reported near Aurora and Main Street. According to witnesses, outside groups pulled up and damaged multiple businesses in downtown. One witness said a restaurant and a jewelry store had its windows smashed.