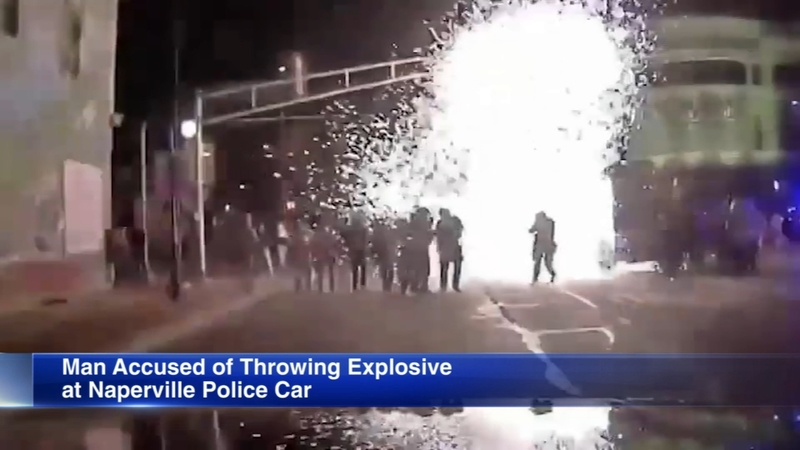 NAPERVILLE, Ill. (WLS) -- An Aurora man is facing federal charges, accused of throwing an explosive device at a Naperville police car during a protest earlier in June.

Christian Rea, 19, is charged with civil unrest in the incident. Federal investigators allege Rea threw the device, injuring the officers and causing panic in the crowd. He was arrested Thursday morning and appeared in court the same day.

On June 1 a large crowd gathered in Naperville for a peaceful protest in which the police chief knelt in solidarity with demonstrators.

But just after 10 p.m., large crowds were reported near Aurora and Main Street. According to witnesses, outside groups pulled up and damaged multiple businesses in downtown. One witness said a restaurant and a jewelry store had its windows smashed.