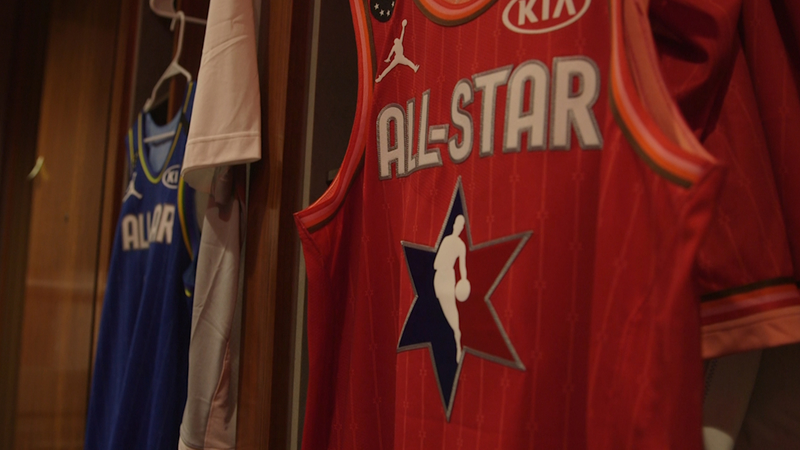 CHICAGO -- NBA All-Star Weekend 2020 jerseys honored the city of Chicago and the lives lost in the NBA community this year.

"We said, 'Hey, what would a city edition for All-Star weekend in Chicago look like,' so that is where we ended up with the design via the color-story of the Chicago transit system, the L-trains. So what you'll see throughout the entire weekend is every line represented in a different color uniform," said director for on-court and brand partnership, Keri Lenker.

"We have the Chicago stripe that is in the Chicago Bulls' identify throughout their history and so we really wanted to bring that element into the uniform," Lenker said. " We added the Chicago six-point star from the flag in the pinstripe itself, so you'll see that on both uniforms."