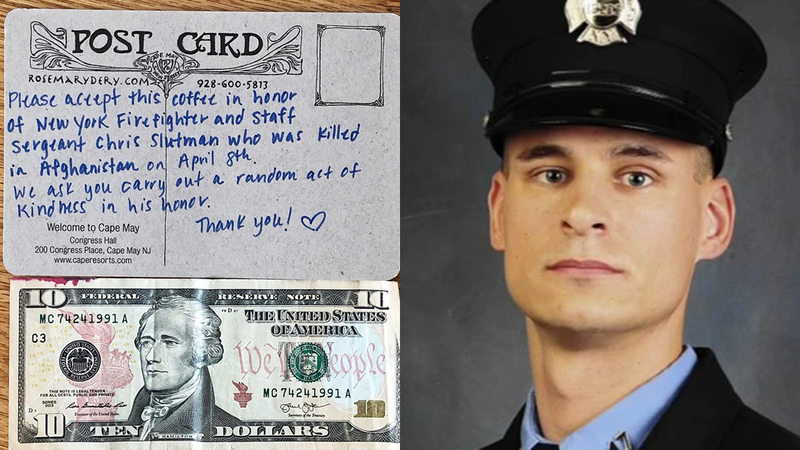 CAPE MAY, N.J. -- Residents at the Jersey Shore are honoring a fallen Marine with random acts of kindness.

Coffee Tyme says the touching moment happened at one of their Cape May stores over the weekend.

"One of our favorite regulars walked in to order her usual. I noticed it was taking her a little longer to order her drink so I glanced over and saw that she was crying," the coffee shop wrote on Facebook.

Jesse, one of the co-owners of the coffee shop, tells Action News that he came over to make sure everything was alright and she handed him a postcard. 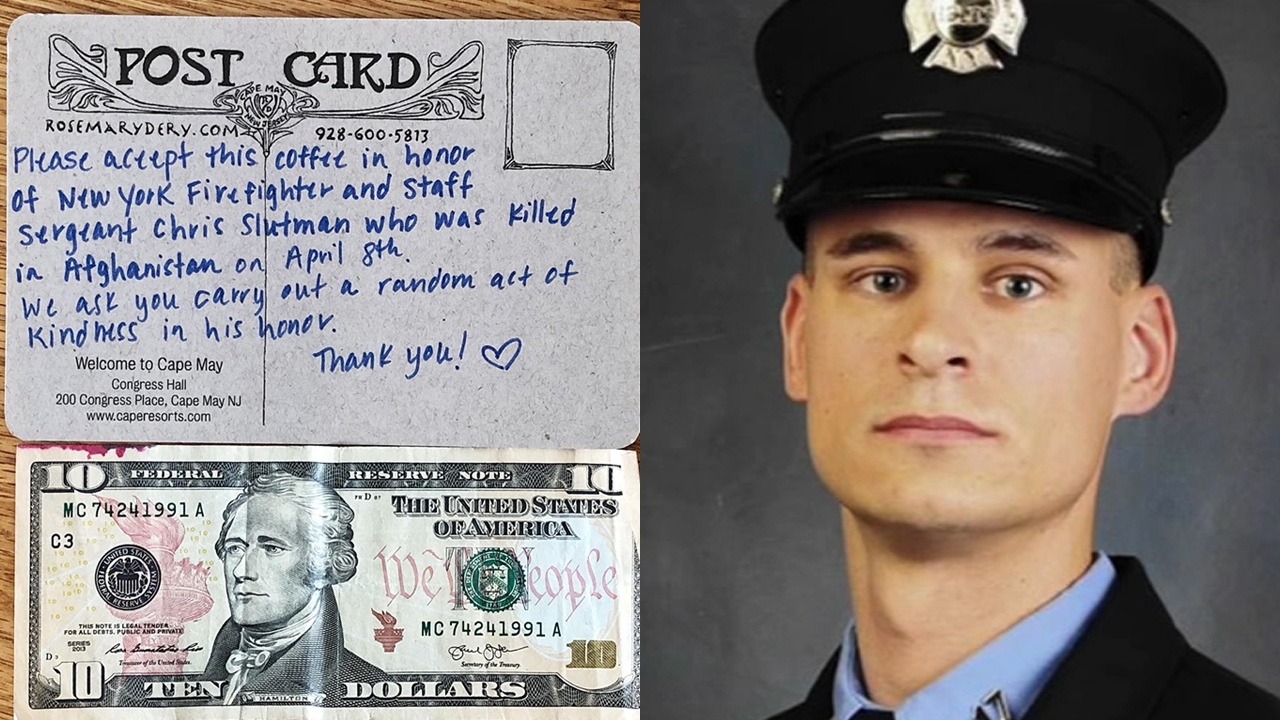 The anonymous woman explained that her best friend growing up recently lost her husband, Chris Slutman, of Delaware, while serving Afghanistan.

Procession held for Marine from Del. killed in Afghanistan. John Rawlins has more on Action News at 5 p.m. on April 22, 2019.

Slutman was one of three people killed by a suicide bomber.

The woman says when Slutman was with friends he would always be the one to get different drinks-like a big pink smoothie.

So to honor the 43-year-old father of three, she is encouraging others to pay it forward.

"She wanted us to hand this card to them so they could also carry out a random act of kindness in his honor. Throughout the day, this one beautiful gesture became something even more beautiful. We used this card and money for a young couple with a young baby. They were blown away by it and asked if they could pay it forward," the post read.

Jesse says a handful of people were touched by the initial gesture and continued to pay it forward over the weekend.