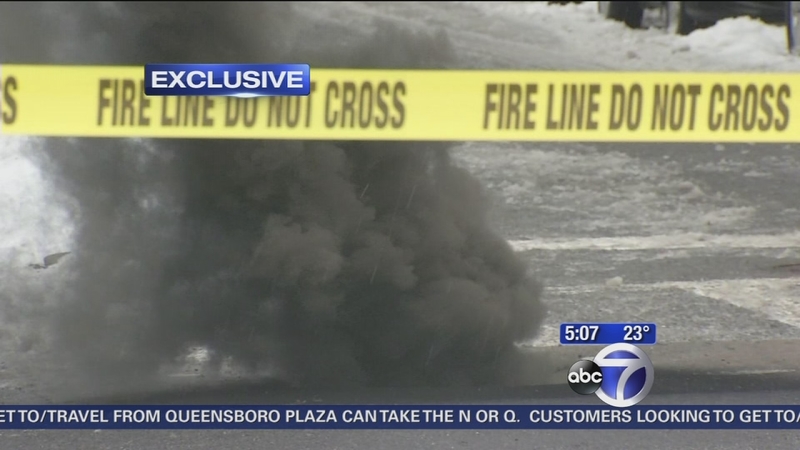 Weather may be to blame for Brooklyn manhole explosion

PARK SLOPE -- The FDNY responded to reports of a manhole fire and explosion in Brooklyn Monday morning that injured one man.

Black smoke was belching from the manhole at the intersection of Prospect Park West and 5th Street, when suddenly an explosion sent shock waves through the neighborhood.

It was the second of two explosions that rocked Park Slope. Fire officials believe they occurred in an underground electrical vault that could have possibly been weather related.

Firefighters were already on the scene shortly after the first explosion occurred.

"Unfortunately, a civilian was walking by and was struck by the manhole cover as it landed," said Stephen Corcoran, of FDNY Battalion 32.

The man was taken to the hospital and treated, FDNY officials say, for serious injuries.

"I heard a loud explosion and personally, I thought it was a collapse," said Robert, a neighbor.

There was no indication that the first manhole was going to explode, catching others around it off guard the say.

But, the second one a block away, had been smoldering for a short period and emergency crews were backing away when it suddenly exploded.