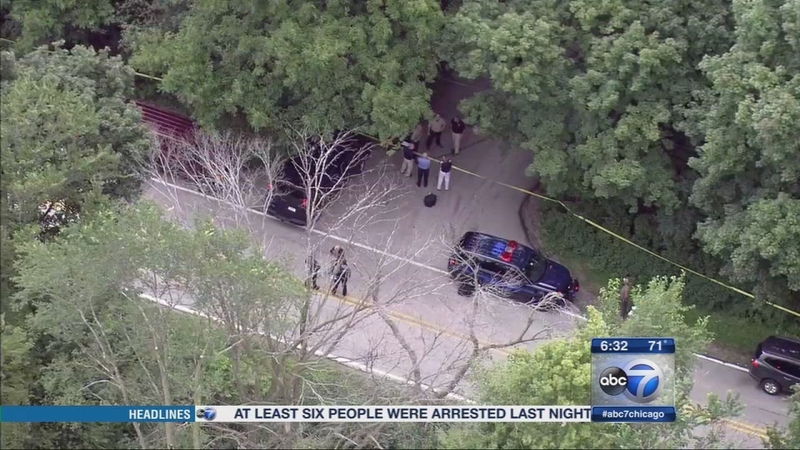 WHEATON, Ill. (WLS) -- Two bouquets of flowers and a memorial with a cross with a heart that reads "Baby Doe" mark the spot where an infant was found dead in a backpack near west suburban Wheaton.

Landscapers from Abbott Tree Care were trimming trees in unincorporated Wheaton around 3 p.m. Monday when they spotted the small, black backpack on the side of a private drive just off Plamondon Road. When they opened it, they discovered a newborn's body inside, with a blanket.

"It's sad they didn't feel like they could go to somebody for help - that they could've made other decisions," said Mike Abbott, of Abbott Tree Care.

"There's a lot of churches nearby. A lot," said Stella, a woman who lives nearby.

It is unclear when the backpack was left there, but neighbors who spoke to ABC7's news partner the Daily Herald said they had seen the black backpack in the brush off a private road as early as Sunday.

"That's unbelievable. I don't know how anyone can do that. I have a baby. That's insane," said Kristin Fara, another neighbor.

Residents said they sometimes see teenagers in the area where the baby was found, drinking and doing drugs. But they've never heard of anything like this before.

"These things don't happen in Wheaton, you know. You don't hear that here," Stella said.