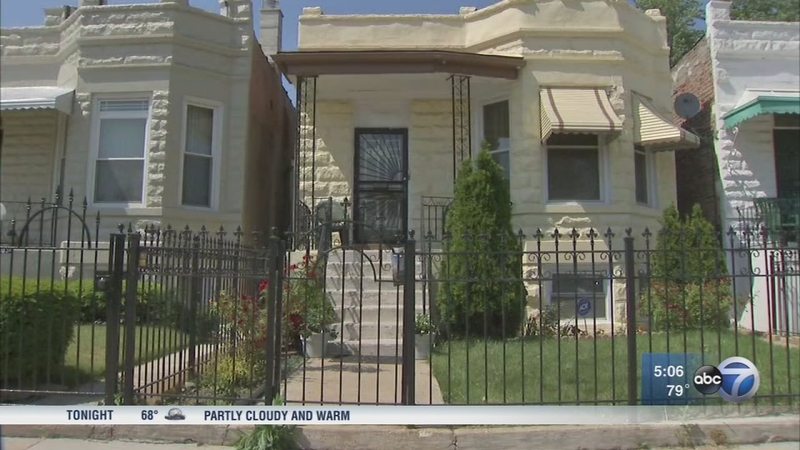 CHICAGO (WLS) -- A big property tax increase is coming to Cook County. And those bills will start showing up in your mailboxes soon.

While homeowners in the Cook County suburbs will see an increase, it is not as high as the hike in Chicago. But, city taxpayers should have seen this coming. The property tax increase passed last year for Chicago teacher pensions are now showing up on the tax bills.

If you own a home in Cook County, especially Chicago, you're about to experience some sticker shock on your next property tax bill. After completing its calculations for bills due August 1, the cook county clerks office warns city residents about a huge tax hike.

The clerk's office says the driving force behind the jump is multi-year tax increases imposed by the city and Chicago Public Schools to help pay for teacher, police and fire pensions. All three were under-funded for years. While the increase was expected, taxpayers, even those who belong to a union, are not happy paying more.

"It's too much and it's not fair," said Polly Funches, Chicago resident.

Chicago residents are not alone. The clerk's office says the suburbs will see an increase as well, although not as steep as the city, because northern suburbs were reassessed last year. They will see a bigger tax hike than the south suburbs.

"Single-family homes, we are seeing an average increase of 6.5 percent on tax bills, that is just an average because there are a lot of taxing districts in the suburbs," said Anthofer.

Increased property taxes plays right into the hands of Governor Bruce Rauner. He has spent weeks complaining about high property taxes and calling for a freeze. So far, the tax issue has become a big issue in the governor's race.

The clerk's office says not all of Cook County will see an increase. The average bill for commercial property in the northern suburbs will actually drop 4.2 percent.

Cook County Assessor Joseph Berrios responded Monday to claims that his office favors the rich when it comes to assessing property values.

The system has been called broken and corrupt because it is based on appeals.
Berrios admitted that more affluent homeowners challenge their assessments, which shifts the burden to poorer neighborhoods, but defended the system.

There are 1.85 million pieces of property in Cook County and, according to reports by the Chicago Tribune and University of Chicago, homes in poorer neighborhoods are often overvalued, while properties in wealthier areas are undervalued. This means that poor residents, mainly minorities, are paying more in property taxes as a percentage of their homes value than homeowners in affluent areas.

"I've continued to reach out to all communities, including minorities. There is no racism in this administration," Berrios said.

The appeal-based system has many critics, including Rauner and some of his Democratic opponents for governor.

Berrios said half of residents who appeal their property taxes are successful. The Tribune's report said wealthier neighborhoods appealed at much higher rates than poorer ones and many use tax attorneys.

"It is not rigged or beneficial to those who use attorneys, in fact, the majority of appeals filed with the assessor's office do not involve attorneys," Berrios said.
But according to the Tribune, attorney's fees from residential appeals hit an all-time high in 2015. Many of the lawyers contributed to Berrios' campaign fund. The assessor is also the chairman of the Cook County Democratic Party.

On Monday, Berrios refused to say he would no longer accept contributions from tax lawyers.

"I take contributions from property tax lawyers and anyone else who wants to contribute to my campaign," Berrios said.

Berrios said attorneys who do not contribute to his campaign get the same treatment with appeals as those who do.

He defended the appeals system, adding that it's every homeowner's right.

Also, Berrios' office is expanding its outreach in poorer and minority neighborhoods so they can learn how to do appeals.
Report a correction or typo
Related topics:
chicagocook countytaxescpspensionsproperty taxes
Copyright © 2021 WLS-TV. All Rights Reserved.
RELATED 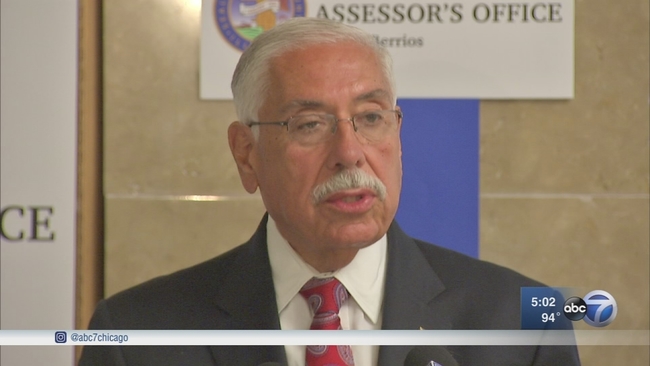