Chicago Police Dept. seeking its most diverse class of recruits yet 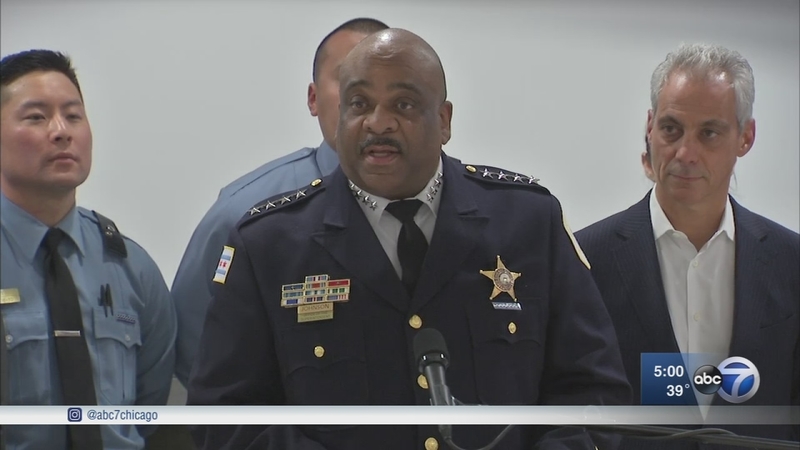 CHICAGO (WLS) -- Chicago is planning to hire hundreds of additional officers. The mayor and police officials want to diversify the force to reflect the citizens officers serve and protect.

Chicago's latest class of police recruit was the most diverse yet, and the department is aiming for even more diversity in 2017 class.

"I encourage all to apply and not be a bystander. Instead of being a bystander, be the change," Supt. Eddie Johnson said.

The police superintendent stood with Mayor Emanuel announcing a new recruiting campaign to bring more African American and Latino applicants into the process and ultimately into Chicago's neighborhoods.

"It should represent all parts of the city and all strengths of the city," Emanuel said. "We don't want a police department that just polices a part of the city, but to be part of that city."

Investigations of the Laquan McDonald shooting and several others police-involved shootings led to recommendations to address racism in the department. Expanded training for existing officers is being planned and recruiting efforts will target communities of color.

"Reaching folk who perhaps hadn't thought that this might be a career for them and understanding the climate that we are trying to create why it would," said Dr. Carol Adams, Urban Prescriptives.

"If you're someone who grew up in West Englewood or Auburn Gresham, dealing in districts that represent those neighborhoods, you have a natural empathy to the situation while still trying to preserve the peace and protect the citizens," said Ald. Raymond Lopez (15th Ward).

If you're interested, the application process begins online at chicagopolice.org.