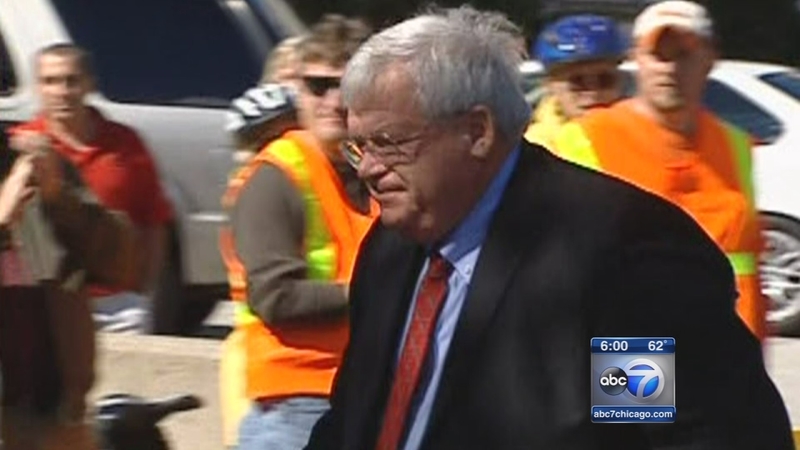 CHICAGO (WLS) -- Even though a plea deal would prevent a public airing of most of the salacious and embarrassing parts of Dennis Hastert's past, sources familiar with the process say some details of hush money, high politics and a rural Illinois sex scandal would surface in the plea deal being engineered by Hastert's attorneys.

Attorneys for the 73-year-old former House Speaker have missed a deadline for filing pre-trial paperwork and are due in court at 9 a.m. Thursday.

"It clearly suggests that either they've reached a deal or they're reaching a deal, or they're working on a deal. It's pretty unusual to miss a deadline otherwise," said Gil Soffer, former federal prosecutor and ABC7 legal analyst.

Hastert's lawyers and federal prosecutors have been in plea discussions for at least a month and possibly since the time that he was indicted last May.

The sensational allegations are that Hastert agreed to pay $3.5 million in hush money to cover up personal misconduct from decades ago, behavior that federal law enforcement sources say involve claims of sexual misconduct.

"At some level this isn't that unusual of a story, where you have sensitive facts in a case where it appears to be strong for the government, you would expect to see what we're going to see here, which is the defendant cutting a deal, resolving it at the plea stage, avoiding a trial," Soffer said.

For Hastert, a guilty plea would probably keep the most embarrassing details out of public view that occurred when he was a high school teacher and wrestling coach in Yorkville, west of Chicago.

But Soffer says a deal would not necessarily keep all of the details of Hastert's wrongdoing locked up.

Clearly Hastert's top goal would be to get probation, or at least limit jail time to a short sentence. Prosecutors would no doubt hope for some time in prison to prove that even a person second in line for the presidency is not above the law.
Plea deals save the government tax dollars and the defendant money for private attorneys.

Lawyers for both sides did not comment on the case Wednesday.