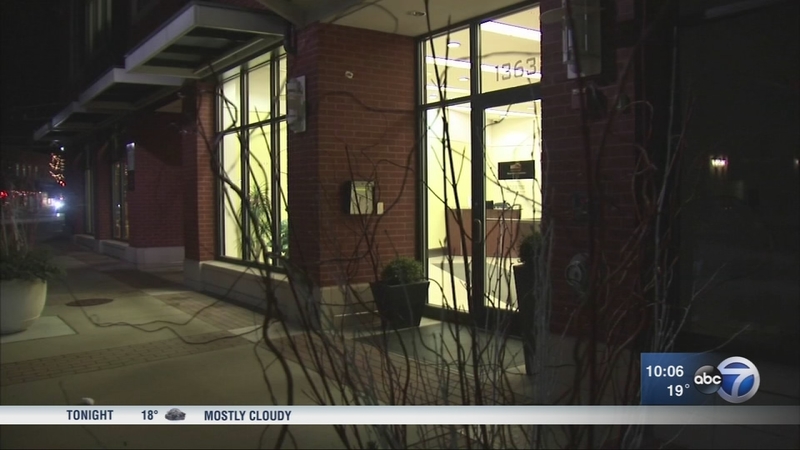 NORTHBROOK, Ill. (WLS) -- Police are investigating the death of a man who was found strangled in a Northbrook office building Wednesday evening.

Jigar Patel, 36, was found dead in his office about 7:30 p.m. Wednesday in the 1300 block of Shermer Road, according to Cheryl Fayne-dePersio, spokeswoman for the Village of Northbrook.

An autopsy found Patel died from strangulation and his death was ruled a homicide, according to the Cook County medical examiner's office.

Residents of the affluent suburb were shocked at the development. Friends and colleagues said they are devastated by the loss.

"Well it's surprising. Northbrook is a safe community for the most part, as far as we know," said Perry Malen, resident.

"It's a shock because the neighborhood is amazing and actually the building is amazing, and everybody we've met," said Leslie Chiappetti, who runs Drum Stix Market in the building's food court.

Northbrook Police and the North Regional Major Crimes Task Force are investigating the homicide. Police said Patel's death was an isolated incident and there was no threat to the community.

Police plan to update the public about the situation at 2 p.m. Saturday.