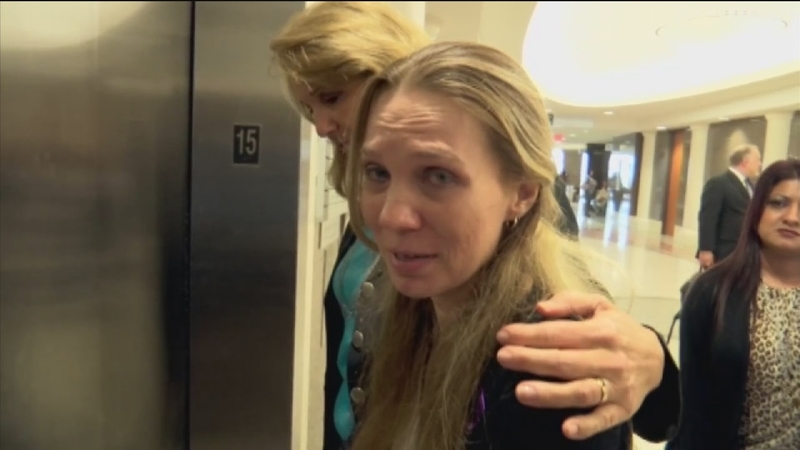 Woman in custody battle for 7 kids

HOUSTON -- A custody hearing regarding a 6-week-old boy ended Tuesday without a decision from the judge.

The boy's mother, Tammi Bleimeyer, is facing criminal charges related to a horrific child abuse case out of Spring, Texas.

Bleimeyer's parents are asking the court for custody of their newest grandchild and his six brothers and sisters.

Six of her children were taken after she and her estranged husband, Bradley Bleimeyer, were charged with child endangerment in March. They allegedly kept her five-year-old stepson, Jordan, in a diaper in a closet inside their Spring home.

Tammi's attorney, Manny Caiata, says she was a victim, possibly of domestic abuse.

"Apparently from the testimony we heard, Bradley was very controlling, very prone to violence and very intimidating and may have had weapons," Caiata says. "I've heard tell that he told people not to speak about what was going on or he might threaten them."

Tammi gave birth to a little boy six weeks ago. In lieu of her child endangerment charge, a judge issued a writ last week ordering her to surrender baby William to Child Protective Services. When they couldn't find her, an Amber Alert was issued.

"She was not served with a writ. The first time she got served was when the SWAT team surrounded her yesterday and took the baby," Caiata said.

Tammi wants her kids back. But Tuesday's hearing focused on her parents, who are seeking custody of all seven children.

Her mother, Karen Dunn, took the stand. She's the one who called CPS in March to report that Jordan Bleimeyer was being abused. She told the court that she made the call even though she didn't think Tammi would let her see any of her grandchildren anymore.

"If she can't be reunited at this time while the case is still pending, grandparents would be the next best place," Caiata says.