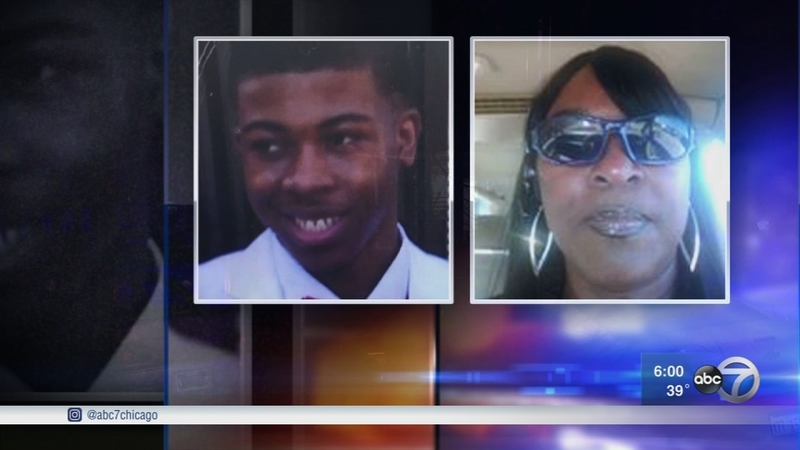 CHICAGO (WLS) -- The Cook County State's Attorney's Office announced Friday that no charges will be filed against the Chicago police officer in the fatal shooting of Quintonio LeGrier, 19, and Bettie Jones, 55, on Dec. 26, 2015.

The State's Attorney's Office said they "concluded that there is insufficient evidence to prove beyond a reasonable doubt that Officer [Robert] Rialmo did not act in self-defense in shooting LeGrier and Jones."

Officer Rialmo responded to a call from LeGrier's father around 4 a.m. that morning, saying his son had become violent and threatened him with an aluminum bat. After he called police, LeGrier's father called Jones, his downstairs neighbor, to ask her to open the door when officers arrived.

The families of Jones and LeGrier are furious that no charges will be filed.

"As far as what happened today, I just don't understand. Quintonio did the right thing. He called for help," said Janet Cooksey, LeGrier's mother.

"I feel like they took a great woman from us," Latisha said.

Rialmo's attorney released a statement, quoting his client saying, "I think about what happened to Betty [sic] and Quintonio every day. I will have to live with that for the rest of my life, and being right does not make it any easier."

Rialmo was relieved of his police powers after the shooting. The department said his status remains unchanged for now.

An investigation by the Independent Police Review Authority into the shooting is ongoing, and the State's Attorney's Office said their review "specifically does not address issues related to tactics, whether Officer Rialmo followed police procedures, whether he should be subject to discipline, or the merits of any civil litigation."