WLS
By Leah Hope and Laura Podesta
NORTH RIVERSIDE, Ill. (WLS) -- A robbery suspect who was fatally shot by police Tuesday at a Burlington Coat Factory in west suburban North Riverside was identified Wednesday morning as Alfonso D. Lopez, 41, of nearby Berwyn. Police said he used an elderly shopper as a human shield.

Officers responded around 12:30 p.m. Tuesday to a report of an attempted bank robbery at a TCF Bank inside a Jewel-Osco in the 2200-block of Harlem Avenue. The grocery store is located in the same strip mall as the Burlington Coat Factory.

When police arrived, they saw Lopez walking around. They said he did not obey their commands to surrender. Instead, police said he ran into the clothing store and held an elderly man at knifepoint.

The hostage struggled and was able to pull away. Police said that's when two officers opened fire, shooting Lopez.

Lopez was transported to Loyola University Medical Center, where he was pronounced dead at 4:59 p.m. No one else was injured.

Police said prior to Tuesday's attempted robbery and shooting, Lopez was wanted by the FBI in connection with a Dec. 16 bank robbery in nearby River Forest.

"It's the FBI's position that this is the same bank robber who committed an actual bank robbery at the MB Financial located in River Forest on December 16 of this year," said an FBI spokesperson.

Police said had a threatening note he was prepared to give a bank teller in North Riverside, but an alert employee notified security.

"We believe his mannerisms and the way he was about to rob the bank yesterday matches very well with the bank robbery he committed earlier this month," the spokesperson said.

"This is a small village, about 6,700 people. Last time we had a police-involved shooting was over 20 years ago. So obviously it's a shock to the community," said North Riverside Mayor Hermanek.
Related topics:
north riversidehostagepolice shootingbank robberyman killedarmed robbery
Copyright © 2020 WLS-TV. All Rights Reserved.
RELATED 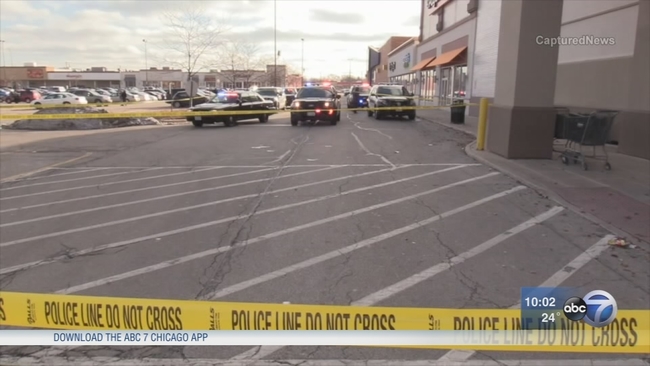