By STAFF AND WIRE REPORTS 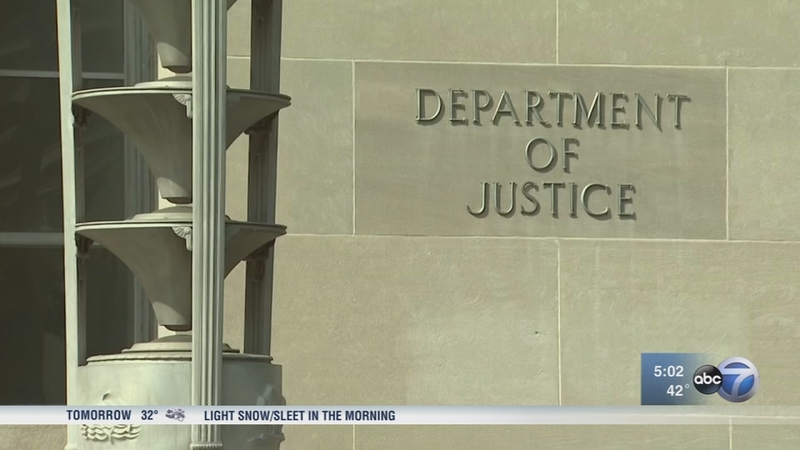 CHICAGO -- The U.S. Justice Department will conclude in a report to be released Friday that the Chicago Police Department displayed a pattern and practice of violating residents' constitutional rights over years, a law enforcement official said Wednesday.

The official, who is familiar with the findings, spoke on condition of anonymity because he wasn't authorized to speak publicly. He declined to offer details. Based on other such investigative reports on other big cities, Chicago's could run well over 100 pages.

The Police Department has been dogged by a reputation for brutality, particularly in minority communities, so a finding of at least some violations isn't a big surprise. Chicago has one of the nation's largest police departments with about 12,000 officers, and the report stems from an investigation launched in 2015 after the release of video showing a white officer fatally shooting black teenager Laquan McDonald 16 times. Among the questions Justice Department investigators were expected to examine was whether Chicago officers are prone to excessive force and racial bias.

The Justice Department under President Barack Obama conducted around 25 similar investigations of police nationwide, from Miami to Cleveland and Baltimore to Seattle. A report is one step in a process that's typically led in recent years to plans to overhaul police departments that are enforced by federal judges.

President-elect Donald Trump's commitment to such intervention isn't clear. His nominee for attorney general, Jeff Sessions, has expressed some reservations about using federal courts to pressure police to reform.

The Chicago investigation focused on institutionalized misconduct and sought explanations for why it happens. Investigators combed thousands of police records, interviewed officers and held town-hall meetings.

Former Chicago police Superintendent Garry McCarthy, who was never interviewed by the DOJ, believes the findings are rushed. The Fraternal Order of Police, the police union, agrees.

"If you want to investigate pattern and practices of CPD I would start by interviewing the person who implemented them and that would be me," said McCarthy.

McCarthy lost his job over the Laquan McDonald shooting. The Justice Department investigation into decades of police abuse allegations began shortly after. Accusing the DOJ of having a political agenda, McCarthy believes the report was written before the Chicago investigation began.

"You're going to see the same thing that saw in Baltimore, New Orleans, they're going to say we engage in racial profiling," McCarthy said.

Independent journalist Jamie Kalven said the report is likely to be highly critical. Kalven was instrumental in pushing for the release of the McDonald video, but he said the DOJ report must work for police, as well, it is likely to include recommendations to make policing better.

"The hope is the DOJ report will advance that process in everbody's interest citizens of Chicago," said Kalven, of the Invisible Institute.

It appears the Justice Department seeks to release the report before Donald Trump takes office next week. Generally, these reports are followed by a federal court-ordered consent decree that includes reforms overseen by an outside monitor.

It is unknown how the Trump administration plans to handle the case with Chicago.

Attorney General designee U.S. Sen. Jeff Sessions has said in the past he is against consent decrees with police departments.