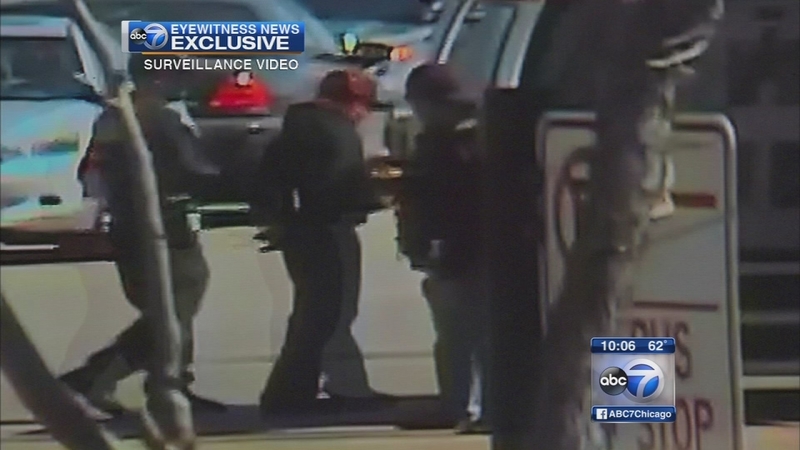 CHICAGO (WLS) -- Police executed a search warrant at a recycling business on the city's West Side to search for stolen catalytic converters.

Police took several people into custody, reportedly including the owner of the Gomez Recycling plant.

Security cameras from the auto repair shot across the street captured a new perspective on the raid. Coincidently, the shop has had to replace numerous stolen catalytic converters.

A sign outside Gomez Recycling warns they "don't buy illegal scrap", but the investigation suggested otherwise. Police say they recovered several hundred catalytic converters, most of which they suspect are stolen.

Experts say thieves with the right equipment can steal a catalytic converter in about three minutes.

The joint investigation includes police from suburban Schaumburg, where about 100 catalytic converters have been stolen in the last couple of years.

Ald. Emma Mitts has complained for a couple years that she believes the plant was buying stolen goods.

"I understand that he was taking in merchandise that was stolen, and it probably wasn't just out of Chicago, alone out of this neighborhood. It was probably coming from other areas around," Ald. Mitts said.

Police are targeting the alleged buyers of the catalytic converters because if the market dries up, thieves will have no reason to steal them.