WLS
By Diane Pathieu and Stacey Baca
CHICAGO (WLS) -- Staff could be cut at Chicago State University in the next couple months if state funding isn't received, CSU officials said Friday, emphasizing that the South Side university will not close.

CSU President Thomas J. Calhoun Jr. said all of the university's 900 employees will receive a notice about possible layoffs if the state does not approve a budget. By law, the public university needs to issue a notice to employees about layoffs at least two months ahead of time.

"Today is notice to employees that if we are unable to recover any state appropriations, there will be layoffs," Calhoun said.

However, Calhoun declined to estimate how many staffers, which could include administrators and professors, would have to be let go, noting that the university is working on contingency plans and identifying essential and non-essential employees.

Calhoun said regardless of CSU's current struggles, they still plan to have summer school and continue to enroll students for the fall semester.

About 30 percent of CSU's budget comes from state funding. The state has gone eight months without a budget.

About 10 percent of the total CSU staff already has been laid off since the start of the year and 20 percent of administrative costs have been cut.

Just this week, officials told students and faculty that it was eliminating spring break and shortening the semester.

Calhoun then blasted Gov. Bruce Rauner and state lawmakers calling their inaction "irresponsible." he said that attracting business to Illinois will be challenge if the state cannot provide a skilled workforce.

"If anything, our state should be thinking about how to increase funding for higher education," he said.

Anthony L. Young, chairman of the CSU Board of Trustees, joined Calhoun in addressing reporters on Friday, adding "Despite the bleakness of today, we look forward to a positive future."

"I'm still going to do my job to the best of my ability no matter what," he said. "Until the last day when they tell us we're not here."

"The people who get laid off are people who help you with whatever you do on campus. It's a very bad thing," said student Joshua Batson.

Right now, there is a house bill for $200 million that would help community colleges and public universities, like Chicago State.

Rauner said he supports the bill.

"if the General Assembly sends that bill to his desk, he will sign it," a statement from his office said.

But Rep. Ken Dunkin, the bill's sponsor who showed up at Calhoun's press conference unannounced, is worried House Speaker Michael Madigan will not call the bill because Madigan opposes Dunkin's re-election.

"I feel like people should be willing to put their differences aside in order to come together for the common good," student Devon Friend said.

Students at private universities, like Concordia-Chicago in River Forest, are similarly worried about the state's MAP grants, which mostly help low-income students. For now, Concordia is covering that cost for 558 students.

"Concordia really just removed all the anxiety students had because we have no idea, where we would be without this," said Concordia student Leslie Cortez.

"We as students have to feel the pain, and we're sick and tired of this inaction," said Concordia student Henry Garcia.

Dunkin said he wants the $200 million bill to help Chicago State and other universities to be called for a vote Tuesday. Madigan's office did not respond to a call for comment.
Related topics:
roselandeducationillinois budgetcollege
Copyright © 2020 WLS-TV. All Rights Reserved.
RELATED 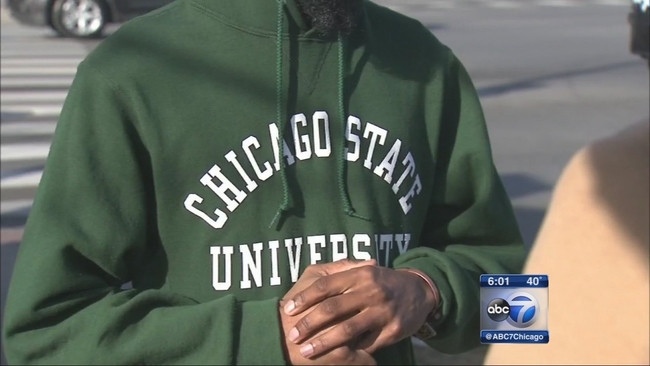 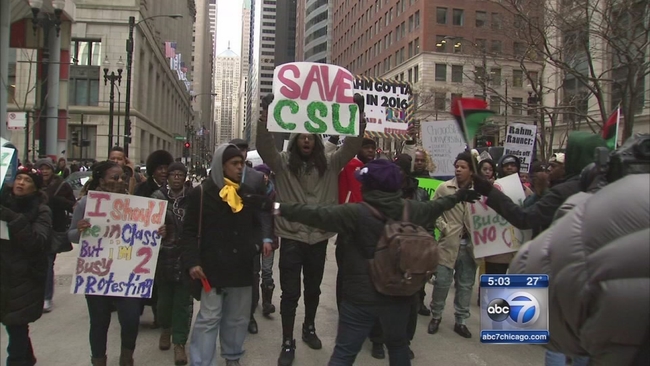 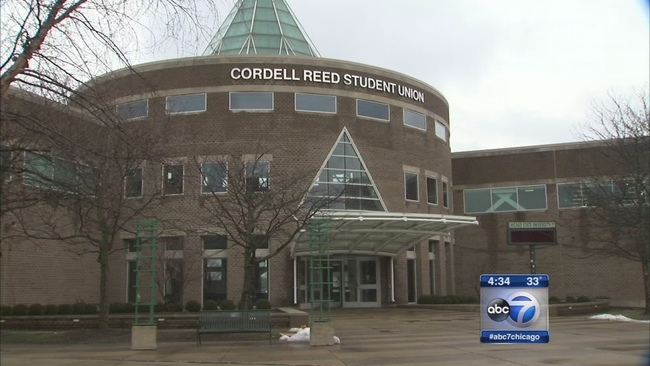