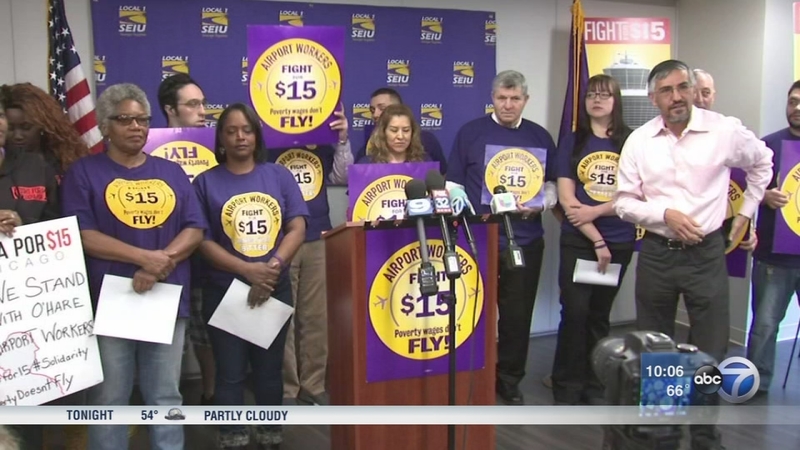 CHICAGO (WLS) -- Starting Friday a record number of Americans are expected to get on a plane and travel for Thanksgiving, but a possible strike could cause disruptions for those flying through O'Hare International Airport.

Baggage handlers, cleaners, security officers are just some of the workers at O'Hare who have voted to go on strike at the start of the busy holiday season.

The workers are fighting for higher wages and better working conditions.

"The majority of these workers make less than $12 an hour. They head households," said Tom Balanoff, president of SEIU Local 1.

The roughly 2,000 workers at O'Hare who are threatening to walk off the job are mostly employed by private contractors.

They think a strike during the busy holiday season could be a way to grab some attention.

An estimated 22 million Americans are expected to fly starting Friday through Thanksgiving. But officials with the TSA say there won't be a repeat of the long lines travelers saw this spring.

"We've changed the way we operate we're running a daily operation that is centered, that focuses specifically on screening operations hour by hour at the top 30 airports," said Peter Neffenger, TSA administrator.