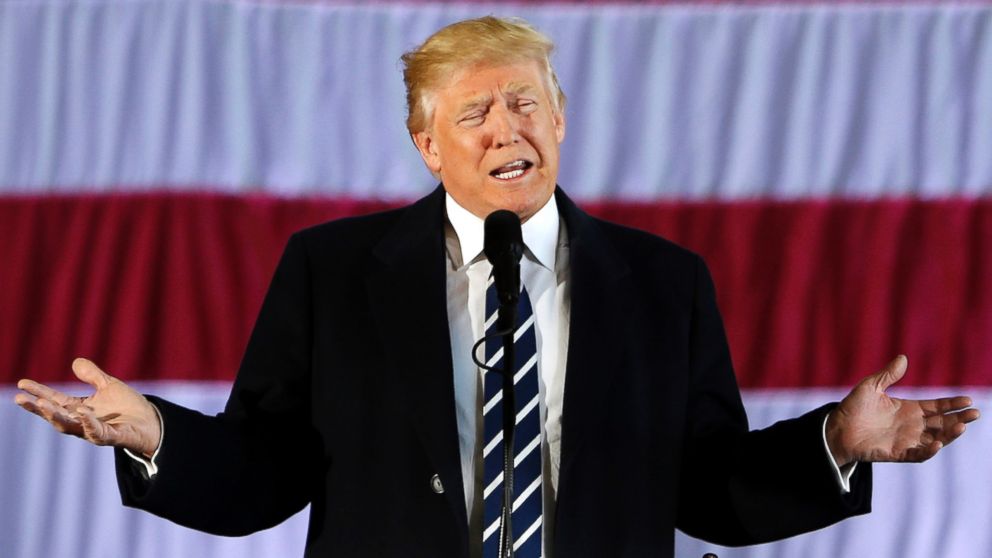 President-elect Donald Trump said he doesn't need intelligence briefings every day because he is "a smart person" and doesn't "have to be told the same thing in the same words" every day.

In an interview on Fox News that was taped Saturday and aired Sunday, he was asked about reports that he is getting the presidential daily intelligence briefing only about once a week rather than every day.

"I get it when I need it," Trump said. "These are very good people that are giving me the briefings ... You know, I'm, like, a smart person. I don't have to be told the same thing in the same words every single day for the next eight years ... I don't need that. But I do say, 'If something should change, let us know.'"

He suggested that Democrats were to blame for leaks to the press that U.S. intelligence officials think Russia used hacking to try to sway the presidential election his way.

"I think the Democrats are putting it out because they suffered one of the greatest defeats in the history of politics in this country," he said.

Trump provided no evidence to back his claim that Democrats were behind such leaks to the press. As for his claim that Democrats suffered "one of the greatest defeats in the history of politics," he won 306 electoral votes to 232 for Democrat Hillary Clinton. But she won the popular vote by more than 2.6 million, according to The Associated Press.

The Washington Post and The New York Times in separate reports late Friday said the CIA presented evidence to some government officials that Russia used hacking in a bid to help Trump win.

"I think it's ridiculous," Trump said in the Fox News interview. "I think it's just another excuse" for Democrats about their loss.

A bipartisan group of U.S. senators, including Republican John McCain and Democrat Chuck Schumer, issued a statement Sunday morning saying that "recent reports of Russian interference in our election should alarm every American" and urged a thorough investigation.

The recent press stories come after a joint report in October by 17 U.S. intelligence agencies concluded that Russia was involved in hacks of election-related institutions such as the Democratic National Committee.

On Friday, President Barack Obama ordered a "full review" of Russian hacking related to the 2016 election and of any other election-related hacking, going back to the 2008 election.

But Trump has expressed doubt about Russia's involvement, and he repeated that view today.