ABC7 I-TEAM INVESTIGATION
WLS
By Chuck Goudie, Barb Markoff, Christine Tressel and Ross Weidner
CHICAGO (WLS) -- A Kentucky doctor who was dragged from an overcrowded United Airlines plane remained hospitalized Tuesday in Chicago where he was "undergoing treatment for his injuries," according to a family statement.

Dr. David Dao, 69, was thrust into the national spotlight after cellphone video captured him being forcibly removed from a plane at O'Hare International Airport that was headed to Louisville.

There is no indication that anything in Dao's personal or professional history factored into the onboard incident, but the I-Team has learned more about the man who was dragged from a flight on Sunday.

Kentucky licensing officials only allow Dao to see patients once a week, following a series of criminal and regulatory actions against him the past 14 years.

In 2003, he was charged with 98 counts of illegally prescribing and trafficking prescription painkillers.

Dao, a native of Saigon, Vietnam, where he attended medical school, came to the U.S. in 1980. He had a private practice in rural Kentucky for 17 years until his arrest in 2003 for unauthorized prescribing of controlled substances in connection with a sexual relationship he was having with a former patient.

At the time of his arrest, Dao tested positive for pain meds and his hospital privileges were suspended.

Dao was convicted by a jury in Jefferson County, Kentucky in November 2004 on six felony counts and sentenced to five years of supervised probation.

The United incident may not have been Dao's first brush with force.

Dao was quoted by a culinary school newspaper in 2004 as saying that an inmate at Indiana State Prison in Michigan City once tried to strangle him with his own stethoscope. He was quoted as saying the incident occurred in 1980 while he was working as a prison doctor.

Officials at the state of Indiana Department of Corrections said they have no record of Dao ever as a state employee but that there may have been outside medical contractors working in the prison at the time.

Since he served time for the drug felonies, Dao has been working toward reinstatement of his medical license.

In a 2009 psychological evaluation, Kentucky state evaluators found that Dao maintained "a pattern of deception...inconsistent with the level of accountability necessary for a practicing physician."

By 2015, the medical board determined he was "emotionally free" of psychological turmoil and recommended the once a week patient privileges.

On Tuesday United Airlines CEO Oscar Munoz issued an apology after video showing the passenger sparked outrage around the world. Munoz called the incident "truly horrific" and that he offers his "deepest apologies."

The incident was started when Dao was asked to leave the plane to accommodate United employees who needed to get to Louisville, Dao declined because he needed to see patients Monday morning, other passengers said.

As the flight waited to depart from O'Hare, officers could be seen on cellphone video grabbing the screaming Dao from a window seat, pulling him across the armrest and dragging him down the aisle by his arms. The airline was trying to make room for four of its employees on the Sunday evening flight to Louisville, Ky.

Dao's family issued a statement through Chicago attorney Stephen L. Golan, which said they are "very appreciative of the outpouring of prayers, concern and support they have received. Currently, they are focused only on Dr. Dao's medical care and treatment."

Editor's Note: United Airlines Flight 3411 was not overbooked. Our early reporting on the incident involving Dr. Dao makes reference to the flight being oversold because that was initially believed to be the cause for the removal of passengers. It has since been learned that passengers, including Dr. Dao, were removed to make room for four crew members.
Related topics:
kentuckyo'hareunited airlinescontroversial videou.s. & worldi teampassengerconsumer
Copyright © 2020 WLS-TV. All Rights Reserved.
RELATED 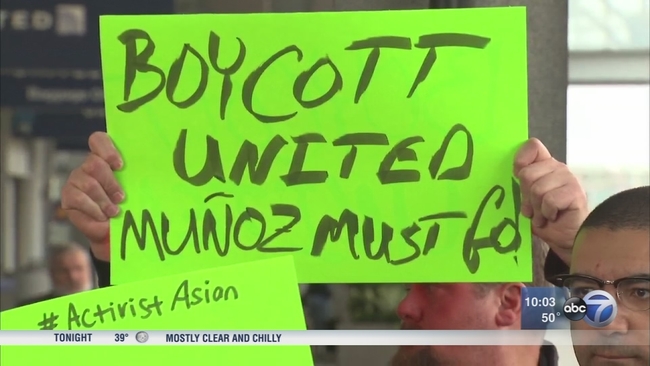 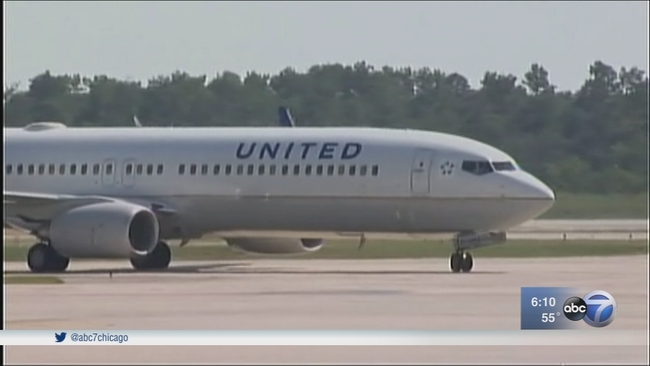