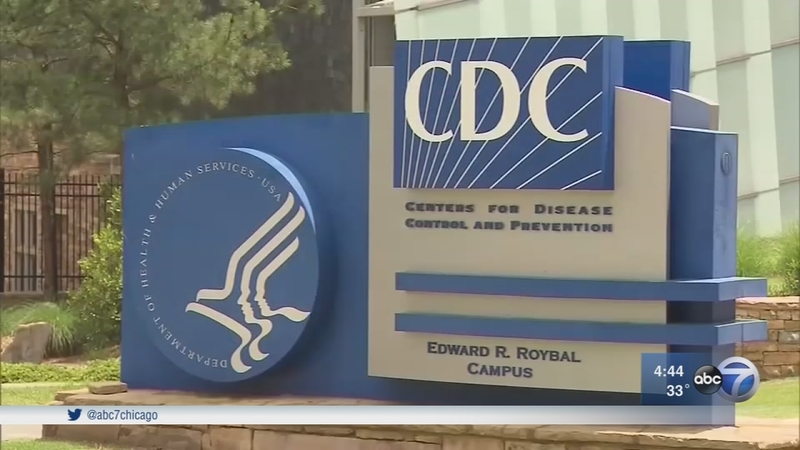 CDC warns about ?nightmare bacteria? found in 27 states, including Illinois

CHICAGO -- "Nightmare bacteria" with unusual resistance to antibiotics of last resort were found more than 200 times in the United States last year in a first-of-a-kind hunt to see how much of a threat these rare cases are becoming, health officials said Tuesday.

That's more than they had expected to find, and the true number is probably higher because the effort involved only certain labs in each state, officials say.

The problem mostly strikes people in hospitals and nursing homes who need IVs and other tubes that can get infected. In many cases, others in close contact with these patients also harbored the superbugs even though they weren't sick - a risk for further spread.

Some of the sick patients had traveled for surgery or other health care to another country where drug-resistant germs are more common, and the superbug infections were discovered after they returned to the U.S.
The government says the cases are on the verge of being untreatable. So far, the bacteria has turned up in 27 states, including Illinois.
"Essentially, we found nightmare bacteria in your backyard," said Dr. Anne Schuchat, principal deputy director of the U.S. Centers for Disease Control and Prevention.

Bugs and drugs are in a constant battle, as germs evolve to resist new and old antibiotics. About 2 million Americans get infections from antibiotic-resistant bacteria each year and 23,000 die, Schuchat said.

Concern has been growing about a rise in bacteria resistant to all or most antibiotics. Last year, public health labs around the country were asked to watch for and quickly respond to cases of advanced antibiotic resistance, especially to some last-resort antibiotics called carbapenems.

Doctors prescribe antibiotics to treat any number of infections. While they are generally effective, they may be used too often, according to the CDC.

"Many lives have been saved - it's one of the great advances in medicine, the discovery of antibiotics - but the misuse or overuse has created a problem," said Dr. William Trick, Cook County Health System.

As many as one-third of antibiotics prescribed are unnecessary, according to the CDC. Dr. Trick directs research in conjunction with the CDC for the Cook County Health System.
He said the problem comes in the form of what the CDC is calling "nightmare bacteria", which have developed a resistance to antibiotics. They not only make the antibiotics ineffective, but can also spread to other patients in a hospital setting.

"These are serious threats and absolutely, it is a cause for concern and certainly, CDC and other health agencies have been raising the alarm about the problem of antibiotic resistance for many years. But the message today I think is one of optimism. It's a message that we have new resources and new capacity in this country to help us stem the tide of antibiotic resistance," said Dr. Arjun Srinivasan, Centers for Disease Control and Prevention.

The CDC says preventing the spread of resistant bacteria is key. They are devoting resources to identify it in patients quickly, and then isolate those patients to keep it from spreading.

"The key is to detect it early and prevent the spread to other people," Dr. Trick said.

The CDC containment strategy involves testing some patients who are not even showing symptoms and coordinating alerts to all healthcare providers in the affected area to help contain the bacteria. They say studies show they can reduce new infections by about 75 percent.