Nintendo is bringing back a super-retro handheld from the 1980s 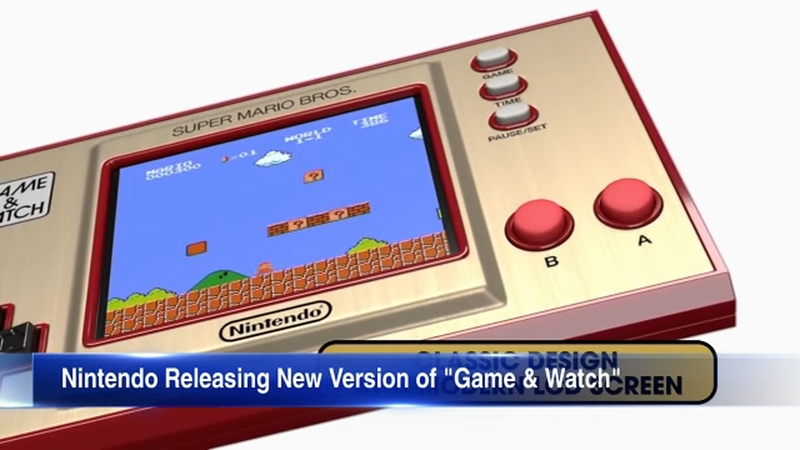 Nintendo is bringing back a super-retro handheld from the 1980s

Nintendo is leaning hard into nostalgia this year, and its latest retro gadget takes it all the way back to 1980.

The Japanese gaming company announced it would re-release Game + Watch, the handheld sensation that put Nintendo on the map 40 years ago, CNN reported.

You've never seen the Nintendo wrestling game UWC before. Gamer and collector Stephan Reese hadn't either until he bought the unknown game.

First introduced in 1980 and produced until 1991, Game + Watch was a series of handheld games -- 59 in all -- that Nintendo sold before the Game Boy took over the world. Unlike the Game Boy, the black-and-white Game + Watch games could only play a single game each.

The new Game + Watch, made to look like the original with all its '80s styling, is decidedly more modern -- it has a color LCD screen and a rechargeable battery with a USB-C connector. It will play three games: "Super Mario Bros.," "Super Mario Bros.: The Lost Levels" and "Ball (the Mario version)."

Like every Game + Watch device that came out after 1981, the new one can also become an alarm clock with the tap of a button. This time, the clock features 35 different screen-saver scenes of Mario interacting with the clock.

For the next month and a half travelers at O'Hare can play the Nintendo Switch.

Although Game + Watch wasn't Nintendo's first video game attempt, it was its first successful one, paving the way for the Nintendo Entertainment System in 1985 and the Game Boy in 1989.

The Game + Watch isn't as celebrated as some of Nintendo's other game systems, but it was the first system to feature the + shaped directional pad, first found on the 1982 "Donkey Kong" Game + Watch. Its success also gave some legitimacy to handheld gaming, which was a niche that video game manufacturers were unsure of in the 1970s.
Nintendo has dipped into the Game + Watch nostalgia bucket before by releasing a version last decade and putting Mr. Game + Watch -- the anonymous character who appears in many of the early Game + Watch games -- into its "Super Smash Bros." games.

The company has been on a re-release tear lately. In recent years, it sold classic versions of the NES and Super Nintendo, complete with a couple dozen games and the original controllers. Now, Nintendo is in full celebration mode: It's the 35th anniversary of Mario. The company announced a ton of Mario fun, including a new battle royale game and the re-release of "Super Mario 64," "Super Mario Galaxy" and" Super Mario Sunshine."

Now it's Game + Watch's turn in the spotlight. The 40th-anniversary edition of the Game + Watch will go on sale November 13 for a limited time.