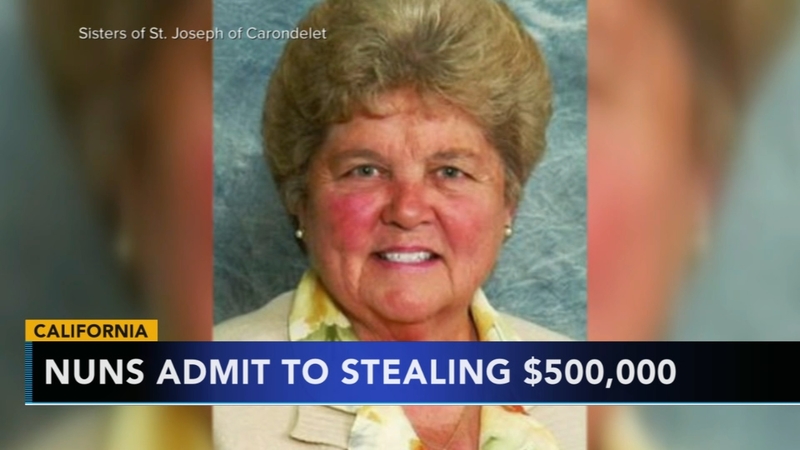 TORRANCE, California -- Two nuns have been accused of embezzlement at a Catholic school in California in a development that has left parents and administrators stunned.

Officials at St. James Catholic School in Torrance described the amount of purloined money as "substantial."

The Archdiocese of Los Angeles said the nuns took half a million dollars or more over the years, allegedly to spend on travel and casino gambling.

One of the accused nuns is the former principal, Sister Mary Margaret Kreuper, who had been at the school for 29 years. She retired earlier this year.

"This matter came to our attention during financial reviews in connection with the change in leadership at our school. Other staff persons were not implicated or responsible," the parish's pastor said in a statement.

The other nun, Sister Lana Chang, was an 8th-grade teacher for 20 years. She too retired this year.

The Archdiocese reported the theft to the Torrance Police Department.

At first the school said it "does not wish to pursue criminal proceedings," but now the Archdiocese tells ABC News the investigation has deepened and they are considering making this a criminal case

Officials said the nuns' order, the Sisters of St. Joseph of Carondelet, was cooperating with the investigation and agreed to reimburse the school. The accused nuns were said to have expressed deep remorse and asked for forgiveness.

"We have initiated additional procedures and oversight policies for financial management and reporting responsibilities," the pastor's statement said. "No student or program at St. James has suffered any loss of educational resources, opportunities, or innovations."