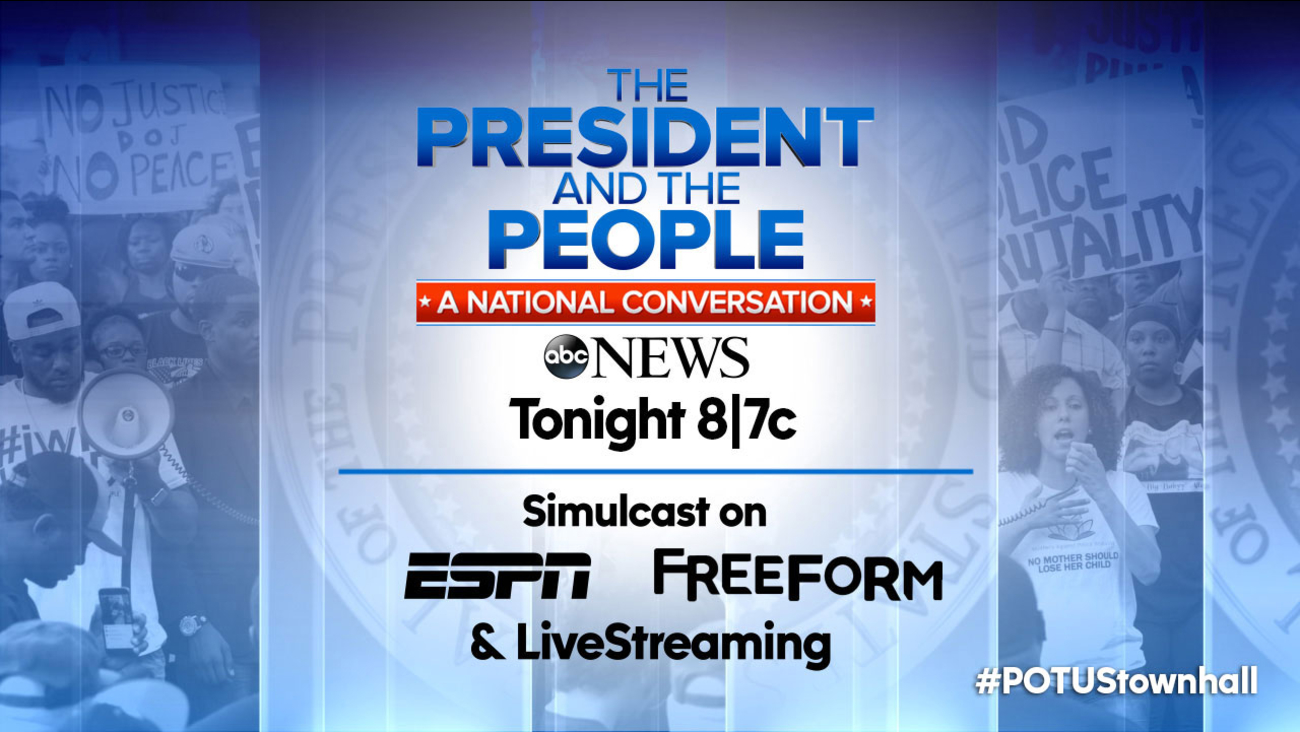 President Obama will be participating in a town hall on race an policing with ABC's David Muir. (ABC News)

Watch the town hall in the live-stream below:

The town hall will be moderated by "World News Tonight" anchor David Muir and held in Washington D.C. It will focus on candid discussions on race relations, justice, policing and equality by the members of the community. ESPN's Jemele Hill will join Muir.

The one-hour event will come just days after President Obama attended a Dallas memorial for five police officers shot dead last week by a sniper. It also comes after two black men were killed by officers in Louisiana and Minnesota -- controversial shootings that sparked a wave of protests.

"We turn on the TV or surf the internet, and we can watch positions harden and lines drawn and people retreat to their respective corners," Obama said today during the memorial. "We see all this, and it's hard not to think sometimes that the center won't hold. And that things might get worse. I understand. I understand how Americans are feeling. ... I'm here to say we must reject such despair. I'm here to insist that we are not as divided as we seem. And I know that because I know America."

A host of people whose careers and lives have been affected by the issue will be attending. Guests include: