A fire at Chicago's Old Main Post Office started in a pile of rubbish, the Chicago Fire Department said.

CHICAGO (WLS) -- A fire at Chicago's Old Main Post Office shut down a portion of the Eisenhower Expressway Tuesday morning. 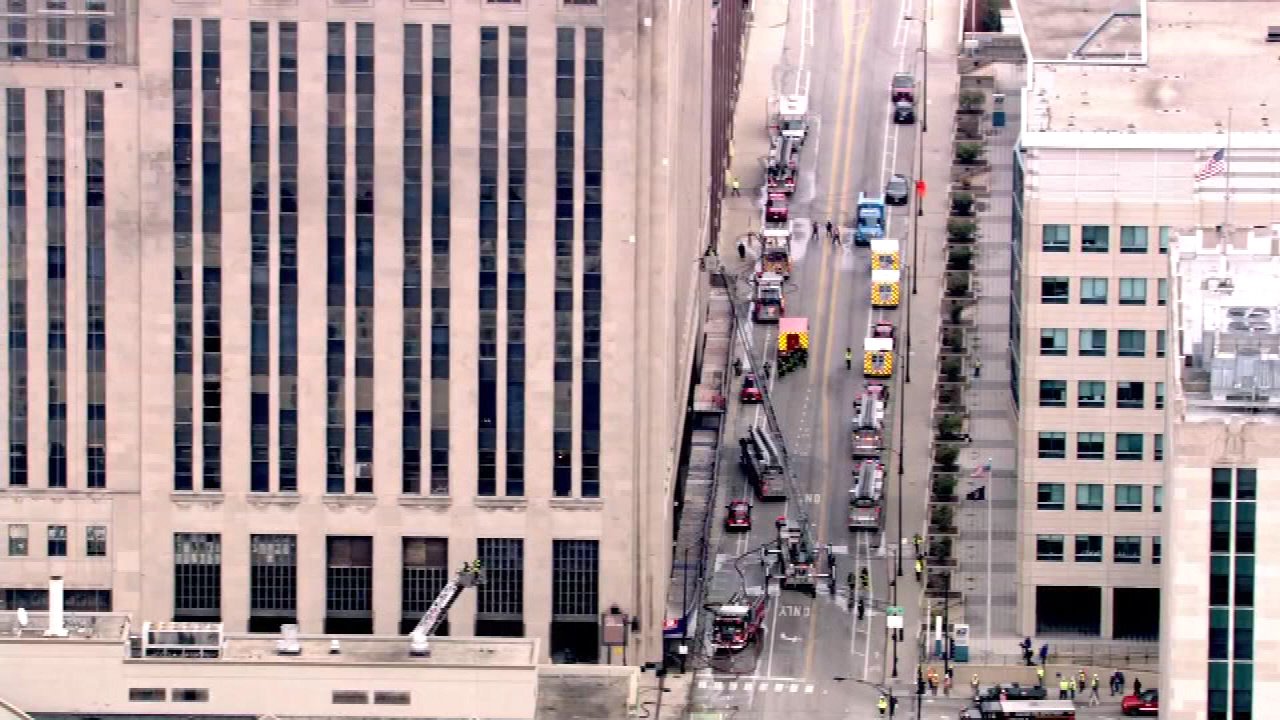 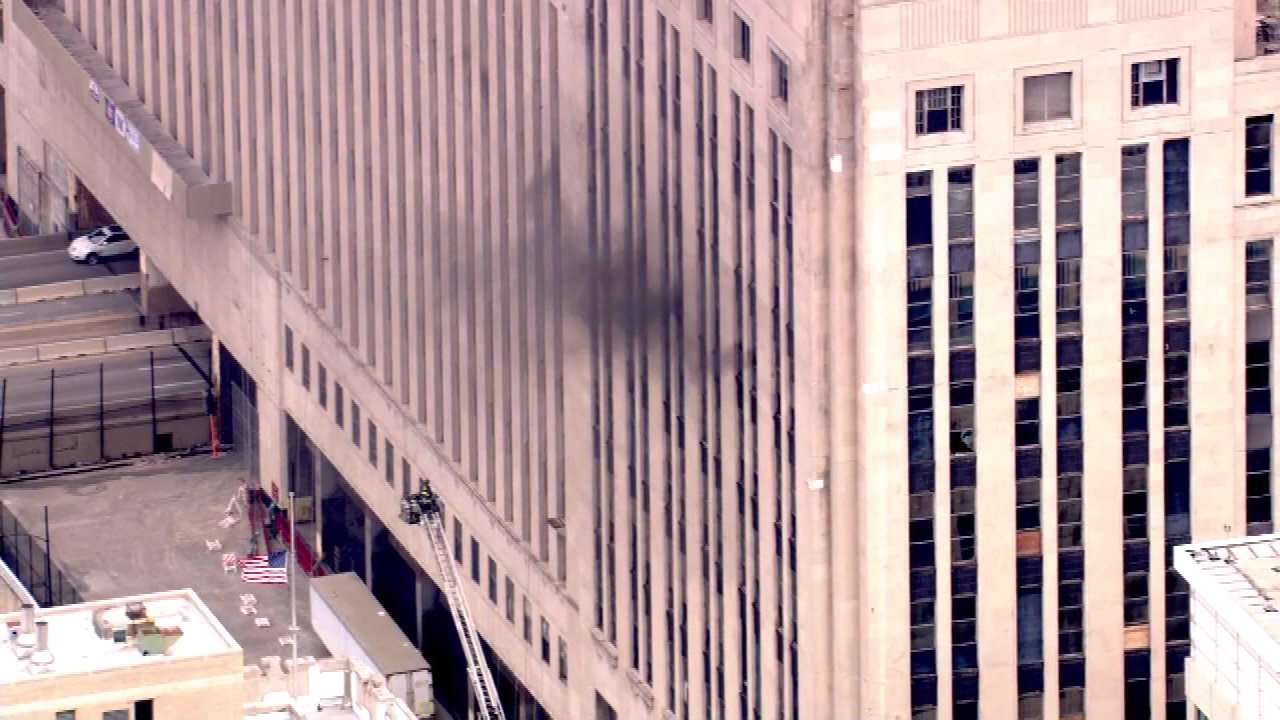 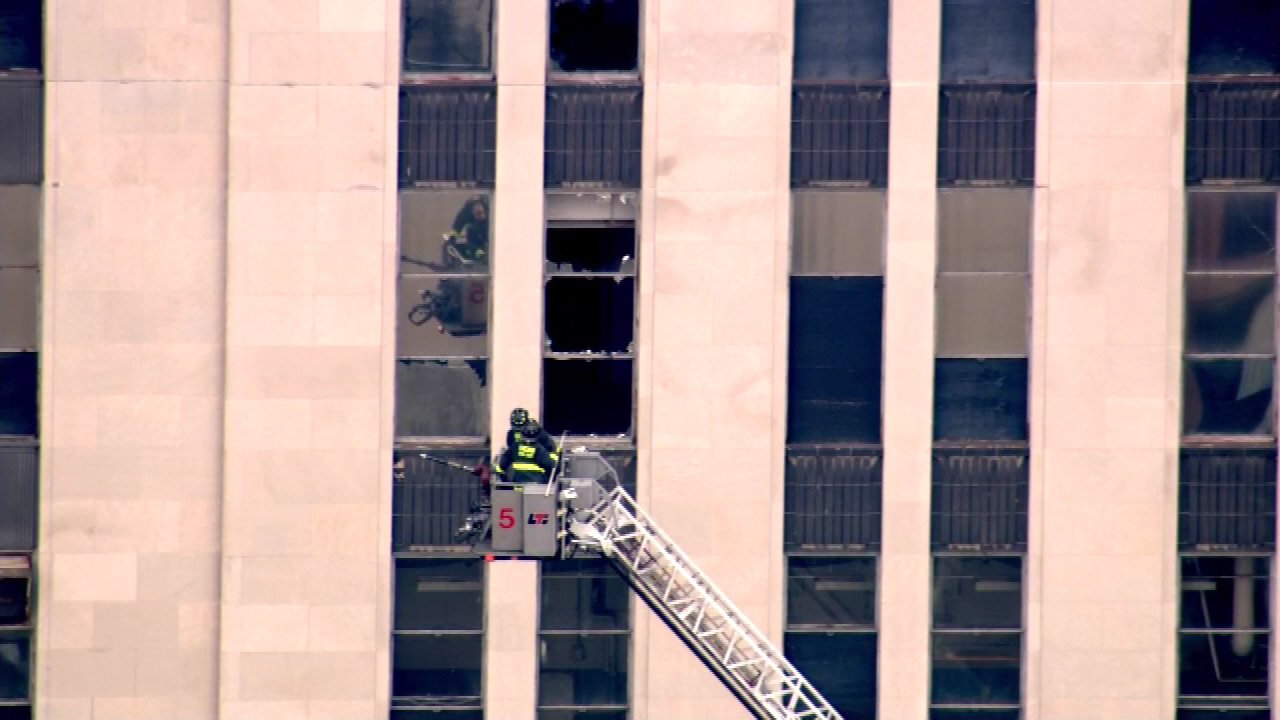 More than 120 firefighters responded to a fire at 404 W. Harrison around 10 a.m. as plumes of black smoke poured out of several 7th floor windows.

"It took us about 25 minutes to find the area where the fire was started at. It turned out to be large rubbish pile in the structure, and at that time, they put fire out," said Asst. Cmsr. William Vogt, Chicago Fire Dept.

While the cause is still being investigating, the Chicago Fire Dept. said the rubbish pile that caught fire included some old, oily rags.

After sitting empty since 1995, the massive building was recently sold and is in the process of being rehabbed.

At the time of the fire, dozens of construction workers were inside or on the roof.

"Roofers told us, 'Hey, you better get down, smoke in the building, get out of there!'" one worker said.

All the construction workers got out safely. The biggest concern was the safety of the firefighters.

The floor space is about 300 feet by 600 feet, and heavy black smoke filled it up. Hose lines and search ropes helped them navigate their way through. Windows were broken to give firefighters more light.

Congress Parkway was closed in both directions to protect passing cars from falling glass.

Following last year's death of a Chicago firefighter who fell through an elevator shaft while battling a warehouse fire, the department works closely with contractors on big projects.

"We've already pre-planned this building, so we know the layout of the structure and we've been working with contractor to make sure the work they are doing and how the floor plans work," Vogt said.

The fire department is also working closely with the building department on this project. There was a building inspector on the scene to make sure there weren't any dangerous materials inside.

The building department also said it doesn't believe the renovation will be delayed by the fire.