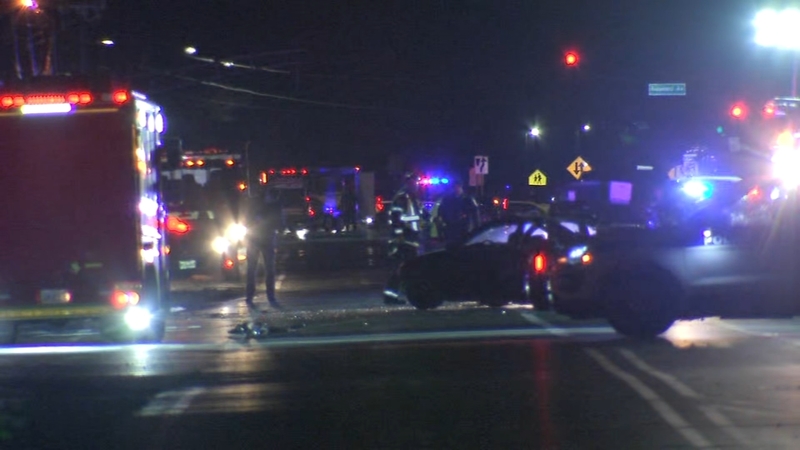 PALOS HEIGHTS, Ill. (WLS) -- A teenager died and at least six others hurt after a crash in south suburban Palos Heights Monday night.

The crash occurred in the 6300-block of Illinois Route 83 just before 7 p.m. as a car with six teenagers inside collided with another car, police said.

Police said three teens were ejected from the vehicle and six people were transported to hospitals.

A 14-year-old was killed in the crash and has been identified to the Cook County Medical Examiner's Office as Madison Harrison. She attended Eisenhower High School in Blue Island.