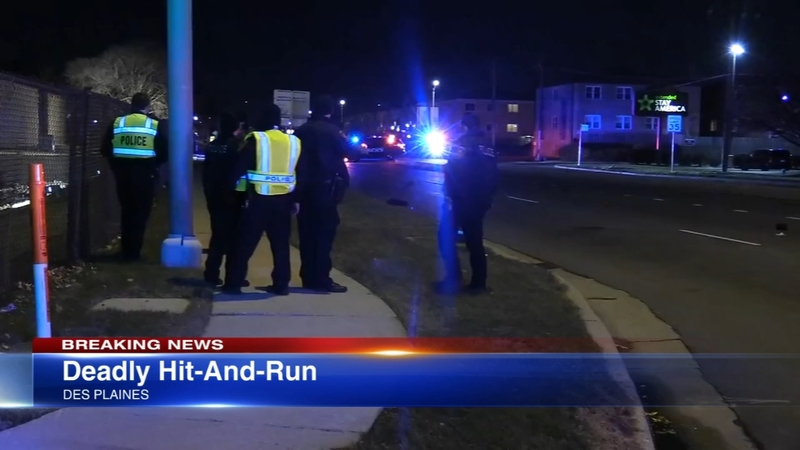 DES PLAINES, Ill. (WLS) -- Police a searching for the driver of silver sedan involved in a fatal hit and run in Des Plaines Monday night.

The Des Plaines Police Department said at about 10:29 p.m., it responded to man lying in the roadway on Touhy Ave., east of Lee St. in the westbound traffic lanes.

The Des Plaines Fire Department also responded to the scene and transported the man to Lutheran General Hospital where he was pronounced dead .

The victim has been identified as Ian Clark, 41, of Des Plaines.

A preliminary investigation found Clark was walking northbound across Touhy from the corner of Touhy and Lee when he was struck by a silver sedan traveling westbound on Touhy at around 10:27 p.m. The sedan continued westbound Touhy and stopped at the red light at Lee Street before fleeing, police said.