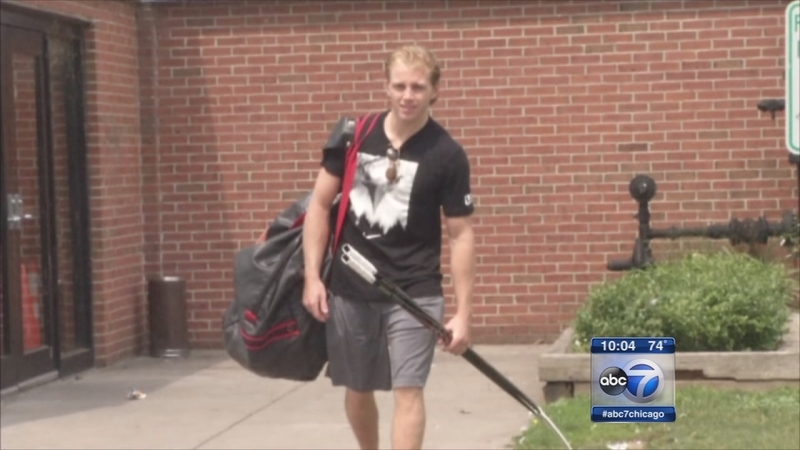 Forensic evidence taken from Kane's home is now being processed by investigators and there likely is video evidence seized from his home last week.

The Stanley Cup was at Kane's home in New York Saturday night, but came back to Chicago Sunday. The Winnetka Fire Department welcomed the Cup Sunday when Chicago Blackhawks owner Rocky Wirtz brought it by for a visit.

"This is a guy who wants to protect his property and himself, so as a lot of athletes and celebrities do, they have surveillance equipment on their premises," said Tim Graham, the reporter who broke the story last week.

Reports suggest Kane invited the alleged victim and another female friend to his home after they had met earlier at a popular Buffalo bar. The victim claims Kane raped her after following her in to a room alone.

There is more information about the alleged victim's physical condition.

"Bite marks and scratches were alleged to be on the victim when police and medical professionals gave her the examination based on what our law enforcement sources tell us," Graham said.

The Erie County District Attorney will now wait for forensic evidence to be evaluated. As of Sunday night, Kane faces no charges and is cooperating with the investigation.

Cambria is a high-profile attorney who specializes in First Amendment issues. He has represented other high-profile clients including musician Marilyn Manson and Hustler Magazine publisher Larry Flynt.

ABC7 Eyewitness News reached out to Cambria, who said he has nothing to say at this time.

There is also word in Buffalo Sunday night that the alleged victim has hired a prominent attorney from New York. He has not returned calls for comment either.