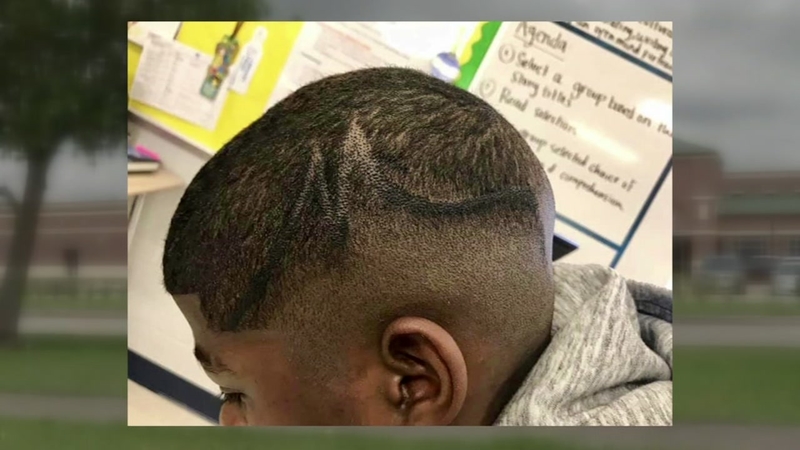 PEARLAND, Texas -- A federal civil rights lawsuit was filed Sunday against a Texas school district, a school discipline clerk, head principal Tony Barcelona, and teacher Jeanette Peterson after Peterson drew on a student's head with a permanent marker in May 2019.

Peterson reportedly told seventh-grader Juelz Trice his haircut did not adhere with the dress code, and told him he would face discipline unless he allowed the shape of the hair carving to be filled in with a marker.

The school district, Pearland ISD, changed their dress code hairstyle policy in the wake of the incident.

Despite public outcry after the incident, the assistant principal was installed as Head Principal where Juelz is now in the eighth grade.

After several attempts by Juelz' parents and their lawyer to resolve the issues with no response, the plaintiffs initiated the instant litigation for training and compensation.

"He came over and said, 'You have two options: You can either go to (in-school suspension) or color it in,'" said Juelz. "Everyone was coming up to me. It was like the talk of the school that day and the day after."

Juelz' parents told our Houston sister station KTRK they were never notified and didn't know something was wrong until their son told them after school.

"When it first happened, I was very upset because I didn't find out until after he got off the bus and he got into the car and said, 'Look what they did to my head,'" recalled Juelz' mother, Angela Washington.

Pearland ISD issued a statement saying that the practice is not condoned by the district, and does not align with appropriate measures for dress code violations.

The dress code did state that hair must be neat, clean and well groomed. "Extreme hair styles such as carvings, mohawks, spikes, etc. are not allowed." It has since been changed.

It did not, however, list how a situation is handled if a student violates those rules.

In addition to embarrassing Juelz, his father Dante Trice said they could have put his son at medical risk by putting chemicals on open pores.

"It was wide open because he had just got his hair cut the day before," said Dante. "I'm totally disappointed."

Though the incident made him feel uncomfortable, the boy returned to school.

His mom said Peterson did call to share his side of the story.

"They were very apologetic, but it still happened," she said. "You know, for an adult, no one should think that's the correct way to handle a situation."

Peterson was placed on administrative leave after the incident.