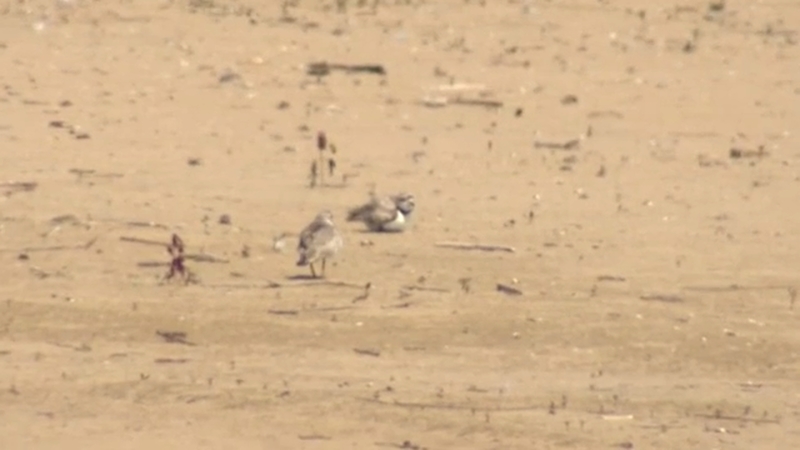 Monty and Rose welcomed at least three chicks that hatched Thursday in their nest at Montrose Street Beach.

The public is being kept at a distance from their protected enclosure so the young birds can safely roam.

The chicks were spotted bravely exploring the beach away from mom and dad.

Officials said they are now hopefully awaiting for a fourth chick to hatch any day!

The endangered Great Lakes piping plover couple had a rough start to the nesting season after a skunk snuck into their protected area and ate their first four eggs.

Days later, Monty and Rose built a new nest and were successful at laying another egg.

Things also started to turn around for the pair when Nish, one of their 2020 chicks, was spotted with a mate and egg near Toledo, Ohio.

Nish had apparently taken a liking to one of two Pennsylvania female piping plovers that was also been in the area.

The Great Lakes Piping Plover population, once down to less than twenty pairs, has rebounded, thanks to recovery efforts, to around 70 breeding pairs, the Chicago Park District said.