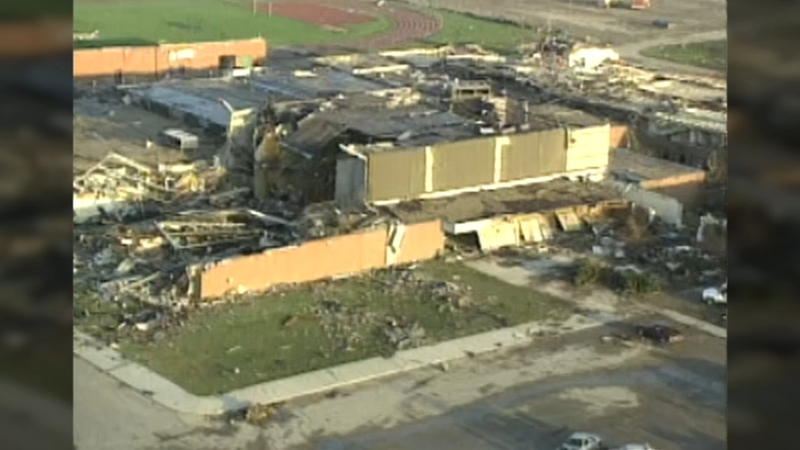 PLAINFIELD, Ill. (WLS) -- Friday marks the 30th anniversary of the tornado that changed the village of Plainfield forever.

Church bells rang throughout Plainfield five years ago Friday, at 3:28 p.m. - the exact time the tornado hit on Aug. 28, 1990, as members of the community gathered for the 25th anniversary.

Plainfield residents are remembering victims of a deadly tornado that struck on this date 25 years ago.

The father of 17-year-old Leticia Herrod, who was killed in the tornado, was also at the 2015 service.

But as families gathered to remember victims, what also unfolded on that day is also a story of survival.

As they remembered those who died, there are so many more who survived, especially at Plainfield High School.