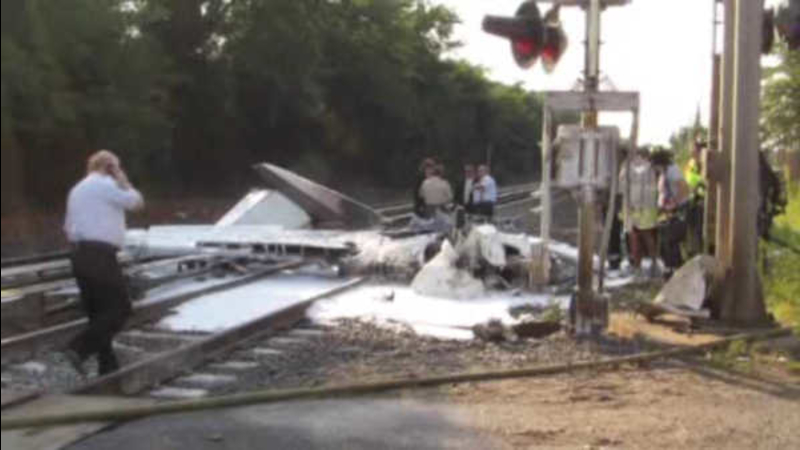 BETHPAGE -- Police say one person is dead and another injured after a small plane crashed Sunday morning onto railroad tracks on Long Island, N.Y.

According to the FAA, the Hawker Beechcraft BE35 crashed at about 7:45 am. on South Oyster Bay Road in Bethpage.

(Video shot moments after the crash by Dorian Zalasar)


Police say the aircraft had left Francis S. Gabreski Ariport in Westhampton Beach en route to Morristown when the pilot reported to the Farmingdale Airport that he was having difficulty maintaining altitude.

The accident occurred three miles northwest of the airport.

The crash has affected LIRR service, with service expected to be suspended most of the day on the Ronkonkoma Branch between Hicksville and Farmingdale. Customers are advised to take the Port Jefferson or Montauk branches.

The MTA is attempting to provide bus service. Crews will try to determine the amount of damage to the tracks.

A woman who works in the area said one of her co-workers heard the plane coming down, ran outside and pulled at least one person out of the plane.

"My co-worker saw the plane upside down and said that plane's going down. He told me to call 911 and then I saw him pulling somebody out of the plane and putting them on the ground," said eyewitness Luz Perez.