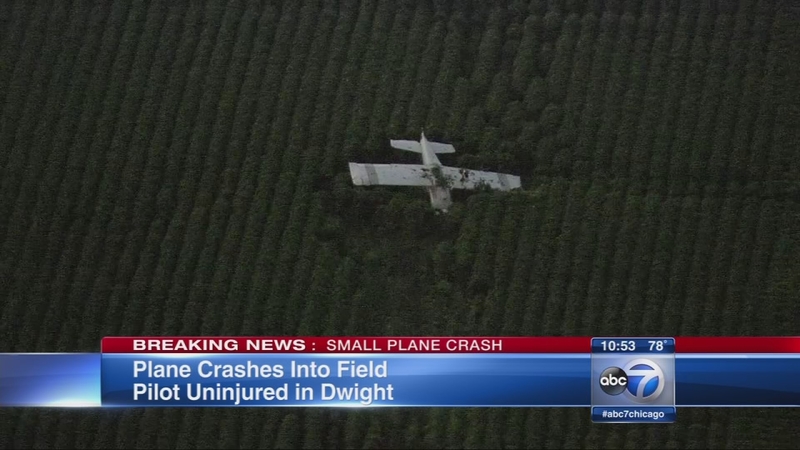 DWIGHT, Ill. (WLS) -- A small plane crashed and is upside down in a field near Dwight Airport in Grundy County.

The crash took place along Scully Road near Route 47. The plane is flipped over in a field at the end of a grass runway. Police have responded.

An FAA spokesperson says the RV4 aircraft crashed in a bean field at 7:20 p.m.

The Dwight fire chief says the small plane attempted to land at Dwight Airport when the pilot believed they wouldn't make the runway and tried to go back up. The plane wasn't able to gain enough altitude and crashed into the bean field. Fire officials say the pilot, a woman in her 50s from south suburban Oak Lawn, was briefly trapped inside but not injured. The fire department was able to get her out.

The FAA and NTSB are investigating.