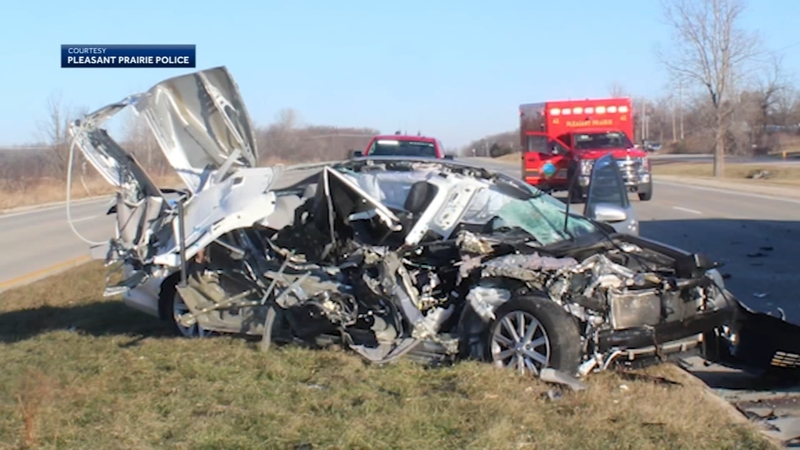 PLEASANT PRAIRIE, Wis. -- An Illinois woman involved in a crash with a semitrailer walked away with only minor bruises and bumps, but police said by the looks of the remaining parts of her car, her family should be mourning her.

Campbell looked out her window and saw a car that had just hit a semi.

"I called 911 because it was stopping traffic," she said.

But from her view, she said the car didn't look that bad. She had no idea the other side of the silver Toyota was unrecognizable.

"I walked over to my neighbors, and we were just thankful because she saw the woman walk away," Campbell said.

Pleasant Prairie police photos of the wreckage up close showed most of the car had been destroyed.

They said despite the roof being sheared off and half the car ripped apart, the 47-year-old woman from Illinois walked away unscathed, just some minor bumps, bruises and scrapes.

The speed limit on Green Bay Road in the area is 55 mph, but police said the truck apparently slowed down to about 10 mph, and the driver didn't realize it until it was too late.

Police also said the only part of the car that was intact was the driver's seat, which perhaps saved the woman's life.