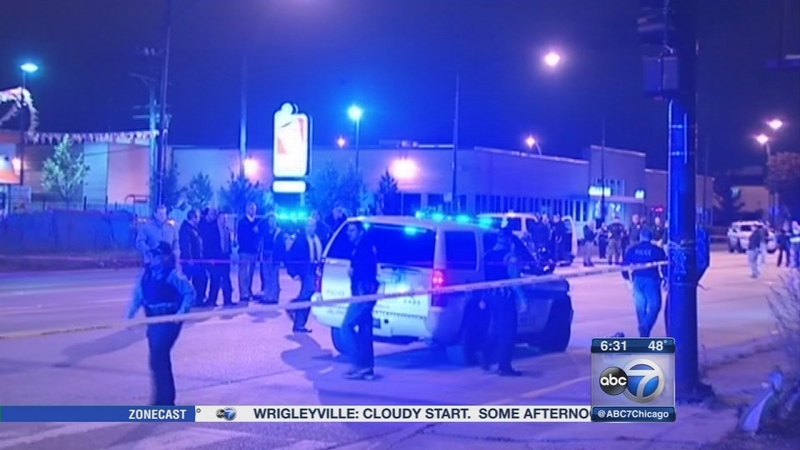 CHICAGO (WLS) -- A police officer shot and killed a 17-year-old boy armed with a knife in Chicago's Archer Heights neighborhood, according to Fraternal Order of Police Spokesman Pat Camden.

Officers responded to reports of someone breaking into cars in the 4000-block of South Karlov Avenue around 9:45 p.m. when they found a teen carrying a knife. Police said he punctured the front passenger tire of a police SUV, damaged the front windshield and ran away. Officers confronted him in the 4100-block of South Pulaski Road and asked him to drop the knife, but police said he refused.

Camden said an officer shot the 17-year-old boy in the chest after he came toward the officer with the knife raised. One witness describes the scene differently.

"You have a gun. You have a knife. When the police tell you to drop the weapon, that's all you have to do and it's over. You'll be taken into custody to go through procedure," Camden said.

The teen was taken to Mount Sinai Hospital in critical condition, where he was later pronounced dead. He has not been identified.

No officers were injured in the shooting. Camden said the knife was recovered at the scene.