Illinois senator has gun pulled on him in Springfield: '(I was) thinking about January 6th' 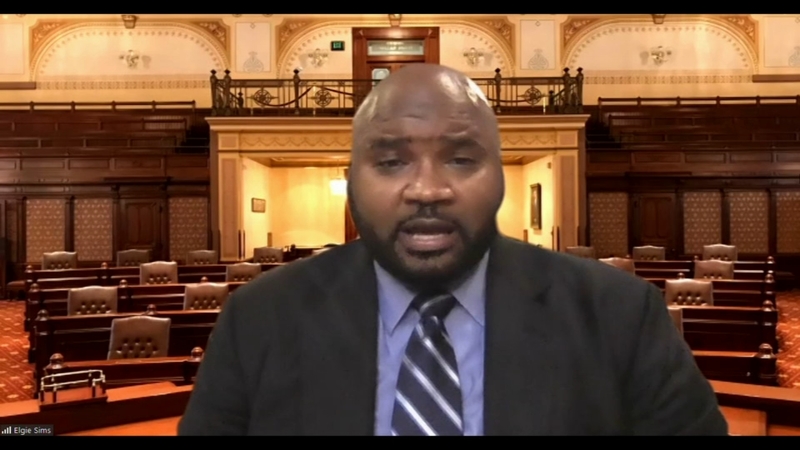 IL senator has gun pulled on him: '(I was) thinking about January 6th'

SPRINGFIELD, Ill. (WLS) -- Illinois state Sen. Elgie Sims is recalling the terrifying moment when someone pulled a gun on him in Springfield last week.

Sims was in his car, which has legislative plates, when a man in another car started honking, then pulled up next to him with a gun.

"I don't even know when he got behind my car, and then when he pulled in front of me, and slammed on his brakes, I didn't know what was going on," Sims said. "I'm looking around, you know, thinking about January 6th."

Sims was referring to the storming of the U.S. Capitol Jan. 6 and heightened security at state capitols across the country after the incident.

The suspect was later arrested, but he was released the very next day after posting bail.

Sims was the Senate sponsor of legislation to eliminate the state's cash-bail system.

"I think this is a perfect example of how the cash-bail system does not make us more safe; he is free tonight on cash bail," Sims said. "If the Safety Act were in place, that would be very different."