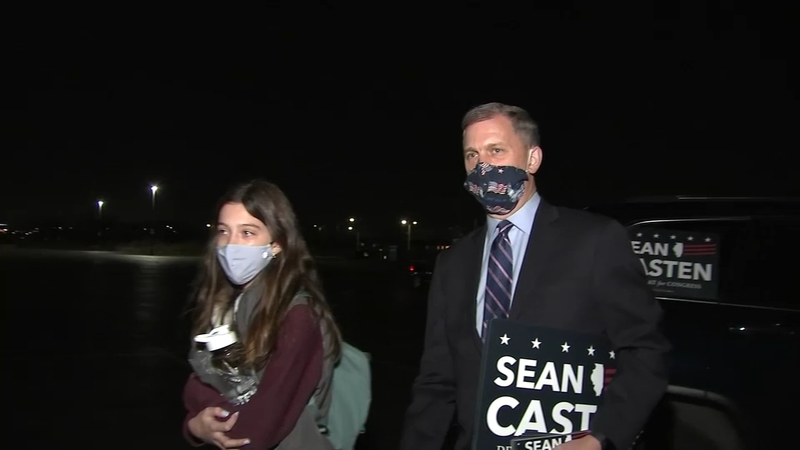 ABC News has not made a projection in the race, but Wednesday morning Ives issued a statement conceding the race.

"Tonight, the voters of the 6th District sent a resounding message," Casten said in a statement Wednesday morning. ."They voted for science and facts. They voted for decency, acceptance, and love, and rejected bigotry and racism. They said that they believe we should all have high-quality, affordable health care. They acknowledged the climate crisis and decided we must do something about it.

"To the voters -- you have given me a tremendous amount of responsibility, and I can only hope to live up to your expectations. Over the next two years, you can expect more town halls and accessibility from my office. In Congress, I will continue to advocate for our District on COVID relief, health care, combating climate change and job creation.

"More than anything else, thank you to all who participated in this election."

The district is a historically Republican seat that flipped in 2018.

Casten's second win is starting a blue streak in the historically Republican district, but if you ask him, "I don't think the district has changed."

Instead Casten said the Republican Party is what's made the difference.

"The district has a set of values that are consistent right smack in the middle of Ronald Reagan and George H. W. Bush and are nowhere near the homophobia, the racism, the misogyny of a Trump and now increasingly QAnon Republican Party," Casten said.

As he waited for final results to come in, Rep. Sean Casten addessed his supporters at a drive-in theater.

Casten is a staunch clean energy and environmental advocate. His politics are built on his background in science, with climate change his central issue prior to coronavirus.

"It was a big flip in 2018, Sean was the first Democrat to hold this seat in 45 years and I think showing tonight will really affirm that the values that he holds and represents in this district is what the voters want," said Chloe Hunt, his campaign manager.

Casten's Republican opponent, Jeanne Ives, is a fierce social and anti-tax conservative. She's a former three-time state representative who ran to the right of Gov. Bruce Rauner and nearly beat him in the Republican primary for governor in 2018.

In a statement issued Wednesday morning, Ives said in part, "My team fought hard, but in the end the power of the opposition was too great. It is somewhat unclear to me what lies ahead for Illinoisans."

"Jeanne Ives didn't do as well because she's a conservative across the board and conservatives are just not doing well in suburban Chicago these days," said ABC 7 political analyst Laura Washington. "I think that that's going to be a trend that's going to continue."