Proposed Chicago rideshare tax would levy up to $3 in taxes, fees to downtown fares 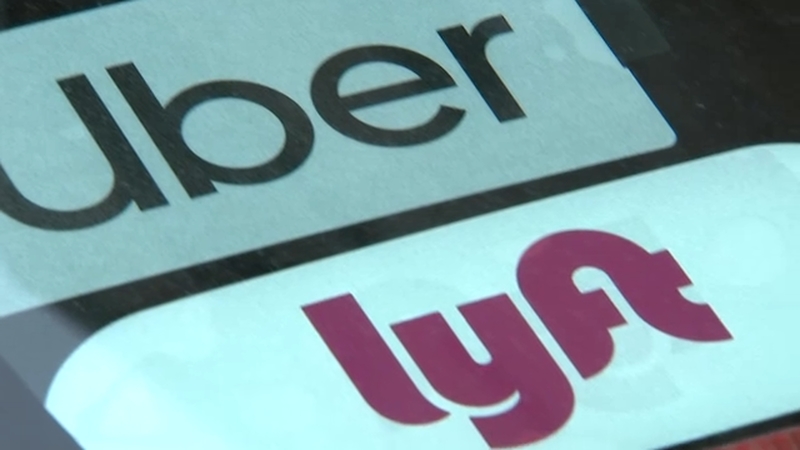 CHICAGO (WLS) -- Another year, another tax. As Mayor Lori Lightfoot gets ready to deliver her budget proposal to City Council on Wednesday, the City of Chicago is now targeting rideshare users in its bid to help close a gaping $838 million budget deficit.

If approved, the so-called congestion tax could translate into an additional $2.28 in fees per ride.

"You look outside at this moment and what you're going to see is total congestion and gridlock," said Lightfoot on Friday as she announced the plan.

The mayor pointed to a recent study, commissioned by the city, stating that between 2015 and 2018 rideshare usage in Chicago has skyrocketed by 271%.

"What we really want to do," said Lightfoot, "is incentivize people to take public transportation."

Rideshare trips in Chicago currently are assessed a flat $0.72 per ride. Under the new proposal, those fees would drop to $0.65 for pool rides, but increase to $1.25 for single riders. Users traveling to and from downtown, however, would pay a whopping $3 in taxes and fees.

The downtown surcharge would apply on all weekday rides from 6 a.m. to 10 p.m.

"The Mayor's proposal shows a total misunderstanding of what causes congestion and how Chicagoans are moving around the city," said Lyft Spokeswoman Campbell Matthews, expressing the company's opposition to the tax.

Uber Chicago spokesperson Kelley Quinn said in a statement, "The Mayor's proposal amounts to by far the highest ridesharing fee in the country and will take money out of the pockets of riders, who rely on apps to get around, and of drivers -- half of whom live in the South and West sides of the city."

According to the city there are 110,000 registered rideshare vehicles in Chicago competing for business.

"It's the only job you're guaranteed to have a paid decrease every year," said Lori Simmons, rideshare driver.

Simmons has been a rideshare driver since 2014 and is a part of Chicago Rideshare Advocates. The group is calling for a cap on the number of drivers as a more effective way to relieve congestion, without hurting people's livelihoods.

"The tax may help downtown, but it doesn't do anything to help your driver population which is a huge work force in the city and extremely marginalized at this point," she said.

"We shouldn't just be talking about ride share," he said. "There are other people we should be trying to incentivize to not get behind the wheel."

If approved by Chicago City Council the added rideshare tax will go into effect on January 1, 2020.

BREAKING DOWN THE PROPOSED CONGESTION TAX

FULL STATEMENT FROM UBER
"The Mayor's proposal amounts to by far the highest ridesharing fee in the country and will take money out of the pockets of riders, who rely on apps to get around, and of drivers -- half of whom live in the south and west sides of the city. As a candidate, the Mayor said she was committed to equity, yet she is proposing to hike taxes by nearly 80% on underserved communities who do not contribute to congestion and lack reliable access to transportation."
Report a correction or typo
Related topics:
politicschicagoloopbudgetlyftlori lightfoottaxesrideshareuber
Copyright © 2021 WLS-TV. All Rights Reserved.
TOP STORIES
8 shot, 4 fatally in Englewood mass shooting: CPD
'Catastrophic' Rockton chemical plant fire continues burning for 2nd day
1 dead, 2 injured after shooting victims crash on Lake Shore Drive
Penguins at Shedd Aquarium gain celebrity status
Actress Lisa Banes dies after being hit by scooter
Teen girl kidnapped off street in Peru, IL
Child tax credit tool unveiled, so low-income families can get benefits
Show More
Vaping arrest turns into violent encounter with police in Ocean City, Maryland
GA cashier shot, killed after argument over face masks: Sheriff
IN man drowns while rescuing girlfriend in Lake Michigan
White Sox tribute to Gary security officer killed during bank robbery
Our America: Black Freedom | Watch full episode
More TOP STORIES News