WLS
By Chuck Goudie and Barb Markoff, Christine Tressel and Ross Weidner
CHICAGO (WLS) -- Federal authorities have formed a strike force of attorneys and investigators from across the country to build "Sedition and Conspiracy" cases against some of those involved in the U.S. Capitol attack, who they believe were organized to incite a rebellion. More than 70 people have already been charged with lesser crimes.

But Illinois Congressman Raja Krishnamoorthi (D-IL 8th District) told the ABC7 I-Team that what happened was the result of an FBI intelligence failure.

"There's failures at multiple levels, and right now we've launched an investigation with regard to the security situation," Krishnamoorthi said. "Unfortunately there are militia groups, armed militia groups across the country that are coordinating to make a show of force especially around Inauguration Day. And I have to tell you Chuck that we are not going to stand by and allow these militia groups to reap the kind of havoc that they did last Wednesday."

The head of the FBI in Washington and D.C.'s top federal prosecutor pushed back Tuesday on allegations that the mob attack on the Capitol last Wednesday was the result of an intelligence failure.
They report that a call for tips about the horrific confrontation has resulted in 100,000 pieces of digital media- including videos and pictures.

"I think people are gonna be shocked with some of the egregious contact that happened within the Capitol," said Michael Sherwin, Acting U.S. Attorney for the District of Columbia.

Members of Congress will now have to pass through metal detectors to get to the floor. Krishnamoorthi declined to discuss specifics of increased personal safety measures, but did say he has seen a heightened sense of security for Congress, unlike anything he's seen before.

"For the first time we do have armed escorts with us [at airports]. I've never had that before never seen that before. And, and yet, now it's become unfortunately a necessity. And I think that it's a sad day when, unfortunately, members of Congress have to travel with that kind of security," he said.

FBI-Washington officials confirm they had received an internal warning from agents in Virginia last week that extremists were planning "war" on the U.S. Capitol. 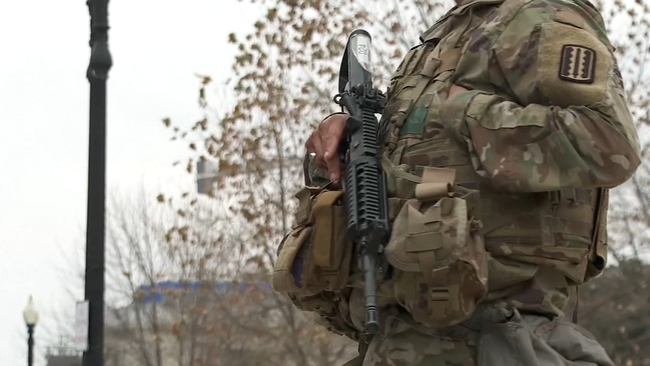