WLS
SPRINGFIELD, Ill. (WLS) -- From unions to business reforms, Gov. Bruce Rauner is re-affirming his promise to do what needs to be done to shake up Springfield and fix the state's budget mess.

"I've said the same thing for two and half years now," Rauner says. "Nobody should be surprised by what I'm saying now."

As governor, Bruce Rauner is doubling down on his promise to "shake up Springfield." On his recent Turnaround Tour he repeated his call to limit the power of public sector unions which he says are costing taxpayers too much:

"It's all about taking power away from the special interests in Springfield and empowering local voters," Rauner says. "Voters should decide what gets collectively bargained inside their governments."

The governor also has not budged on his demand for pro-business reforms before signing any bill to raise the Illinois minimum wage or taxes to help resolve the state's budget deficit.

"It would be a mistake for us to only go and talk about tax increases," he says. "We need structural reform to have a government working for the people again."

"I think that what that says is 'if it's not my way, it's the highway,'" says State Rep. Christian Mitchell, a Democrat who represents Chicago, "and I don't think that's the way that state government works, and I think it's something that the governor is going to have to learn."

Mitchell's Democratic Party has super majorities in both chambers of the General Assembly. Rauner, after 91 days in office, claims to have good relations with Speaker Michael Madigan and Senate President John Cullerton:

"We've become friends," says Rauner. "I like them very much."

Ten days ago, the governor cut $26 million from social services programs to help balance a shortfall in this year's budget, but did not rescind several pending corporate tax credits.

"I hate to do it but we need fiscal discipline," he says. "We can only spend what we have."

But while cutting $26 million, Rauner did not suspend corporate tax breaks.

"We already have a lack of credibility with employers here in Illinois," he says. "We didn't think it right for us to rescind those agreements."

"You're not asking the wealthy to pay a fair share and that's my problem with this governor's budget," Rep. Mitchell counters.

But Rauner says he will consider tax increases as long as they arrive on his desk as part of a package that includes what he calls "structural changes" in the way Illinois government does business.

"I'm open to considering everything," the governor says. "The one thing that's critical is that we change the structure of government." 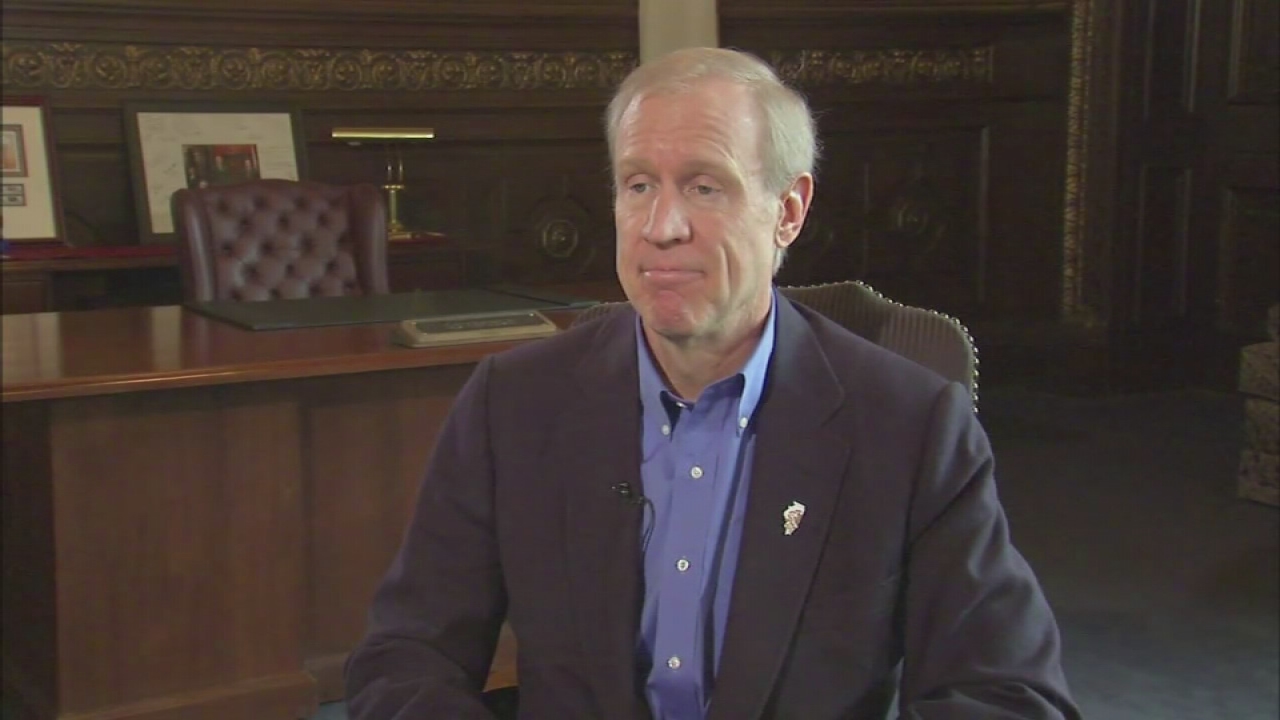