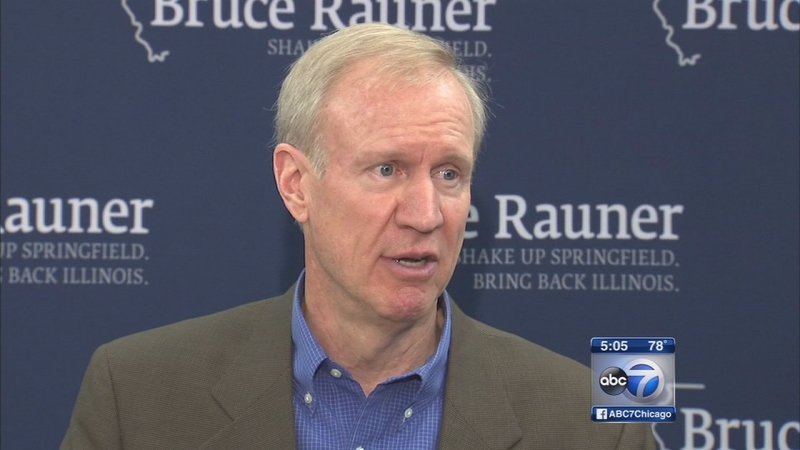 BEDFORD PARK, Ill. (WLS) -- Republican candidate for governor Bruce Rauner says he has a plan to cut what he calls wasteful spending in Illinois.

"What's crystal clear is there are major savings to be had," Rauner said.

At the candidate's side were three prairie chickens symbolizing the state program to restore the species in Illinois that Rauner called wasteful. 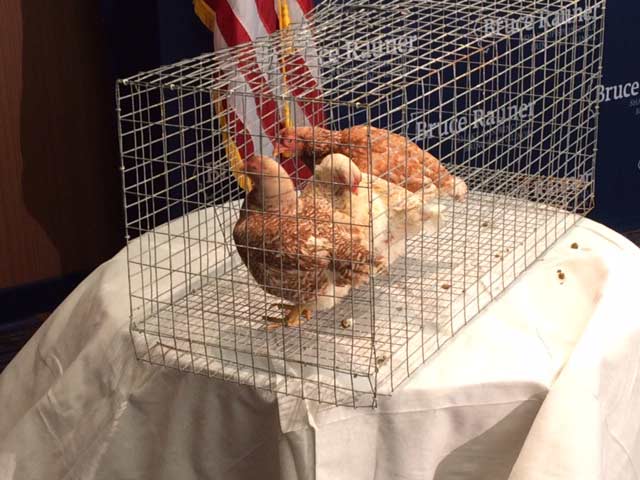 He said he would also further reform Medicaid, which he said spent $12 million on dead people, and eliminate state airplanes used by politicians and bureaucrats.

"As governor, I will use the line-item veto to eliminate this type of wasteful, abusive spending," he said.

But the multi-millionaire businessman would not say what programs he'd cut to balance the state budget in 2015 without extending the higher income tax rates that are set to expire at the end of 2014.

"We'll be outlining a further list and further reforms in the coming weeks," Rauner said.

Earlier, Gov. Pat Quinn was praised and endorsed by a group of religious leaders who support the incumbent's spending on social programs.

The governor's campaign called Rauner's proposed cuts a prank and the republican's budget "blueprint" a "patchwork of distortion, fantasy and chickens."

And Quinn took another jab at Rauner's wealth.

Rauner, who was joined at his news conference by running mate Evelyn Sanguinetti, also promised that if elected, he would not take a salary or pension for his service.

"I just want to work purely as a public servant making the tough decisions on behalf of the people of our state," Rauner said.