Robert Mueller parting shot: The Russians will keep coming, so America wake up 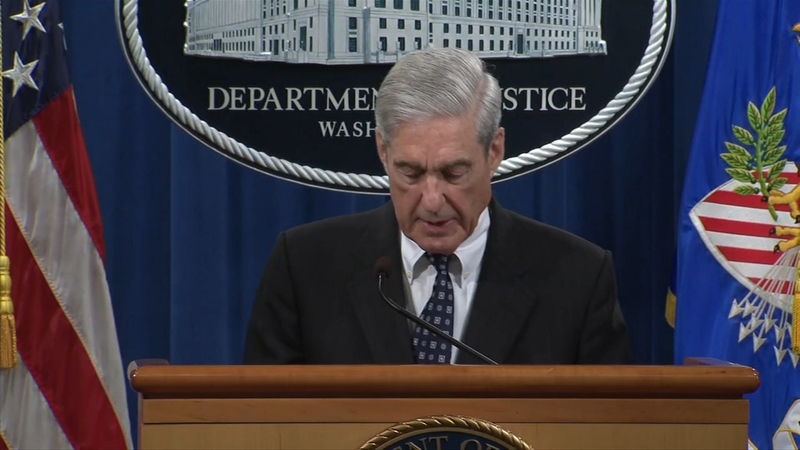 Robert Mueller parting shot: the Russians will keep coming, so America wake up

CHICAGO (WLS) -- Even as Robert Mueller's comments about President Trump commanded most attention on Wednesday, the special counsel may have saved his most critical observation for last. Mueller suggested that the U.S. has been under Russian attack and Americans need to pay attention as we head into another national election cycle.

The question of whether Russian intelligence tried to command and control U.S. elections in 2016 was the question that launched Mueller's special counsel investigation As the I-Team began reporting three years ago, Illinois was among the first states that came under attack by Russian hackers.

"There were multiple, systemic efforts to interfere in our election," Mueller said in his short-notice appearance before the Washington, DC press corps.

Mueller's chilling, final statement, the answer to the question that started his investigation two years ago, has its roots right here.

In June of 2016 the state's voter database was penetrated and a half million personal records were accessed.

Federal investigators determined that hackers were deployed from Russia's GRU spy agency, officially known as the Main Intelligence Directorate of the Russian military.

Using custom hacking gear, it would be one of the early shots fired by Russia in the 2016 U.S. presidential campaign.
"It is clear that we were caught unaware and some cents right 2016," said University of Chicago cyber security expert Ben Zhao. "I don't think we've ever been in a situation before where security and software have been weaponization to the point where they are now. And I think we are not prepared."

"One thing that perhaps it is the most lacking is policy," said Zhao. "That's an issue where do you know if you don't have enough technologists in policy offices in positions of government on Capitol Hill where they are influencing policy then I think we are always going to be playing catch-up."

In what Mueller promises will be his final words on the special counsel case, a plea about the continuing Russian interference plot. He said it "deserves the attention of every American."