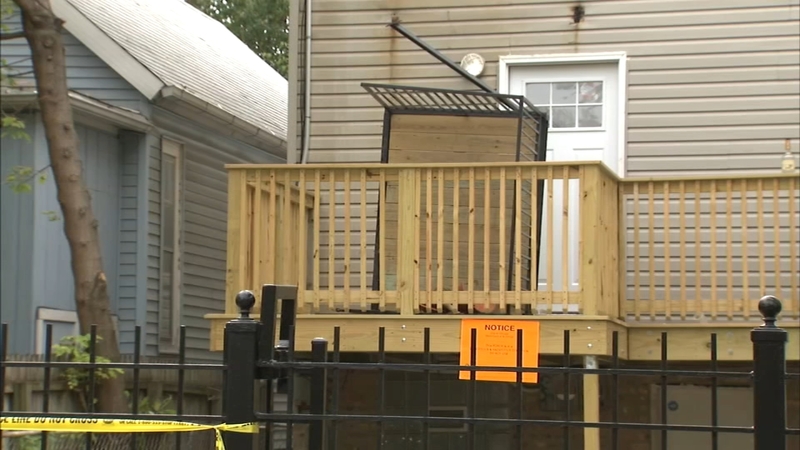 About two dozen people were on the porch when it fell at about 2 a.m. in the 2900 block of West Lyndale Street on the city's Northwest Side.

Mikea Johnson, 24, who was on the balcony with her brother and other friends, sustained a leg injury, but expected to recover.

"We just stepped out, and I would say I was there for two minutes, before we were falling," Mikea Johnson said.

She said that the group had flipped over and landed on their backs.

A city building inspector was on the scene Saturday to investigate. A woman who neighbors identified as the owner of the building declined comment on Saturday.

At least 4 people were injured in a porch collapse on the Northwest Side Saturday.