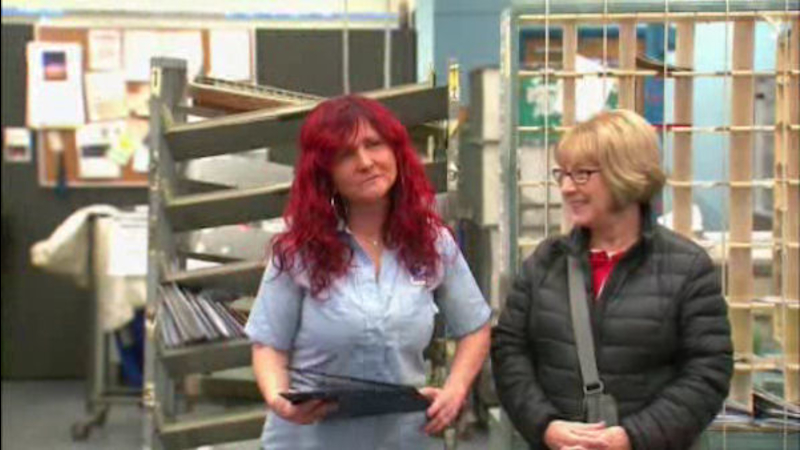 BERKELEY HEIGHTS, N.J. -- A postal carrier is being hailed as a hero after delivering more than just holiday mail and packages.

Principelina Mendes, whose nickname is fittingly Princess, was working her usual route in Berkeley Heights on December 10 when she noticed the door of one of her customers left open. She knocked and rang the door bell, but received no answer. She went inside and found 84-year-old Sal Melillo collapsed on the floor.

"The door was still open," she said. "I called his name, and we're not suppose to go inside the house, and threw newspapers in the door wide open. He was on the floor. I ran to him."

"His breathing was shallow, you could see he was in a lot of trouble," niece Carla Pastore said. "Had she not gotten there, he would not be here today."

Mendes said caring for her customers is just part of the job.

"I know who's on their own and who's disabled," she said. "And I keep my eye on them. I don't just deliver the mail."

Melillo is a retired Newark detective who also spent decades working for the post office. But the grandfather of 13 now lives alone after his wife Victoria, whom he was married to for nearly six decades, passed away three years ago.

"For me, it's important," she said. "It's not just a pay check. That's how my parents taught me. You watch out for everybody."

This was actually the second time Mendes has stepped in, dialed 911 and saved someone in what she calls her postal family.

Berkeley Heights Mayor Robert B. Woodruff and postal officials honored Mendes at a ceremony with a commendation.

"We just wanted to recognize this act of heroism and for her ability to think and act quickly in a dire situation," the letter said. "I know my uncle...will look forward to thanking her personally when he has recovered and returns home."