Barber's murder may be retaliation for social media posts 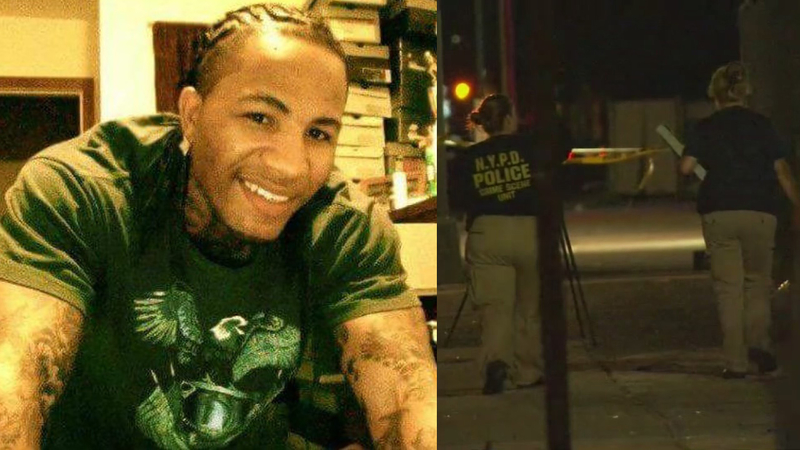 Queens barber's murder may be retaliation for social media posts

NEW YORK -- Police are searching for a gunman after a well-known barber was found fatally shot in the driver's seat of his BMW in Queens early Tuesday.

Authorities say 32-year-old Zanu Simpson was shot in the head at South Conduit and Lansing Avenue in Laurelton just before 12:15 a.m.

He was pronounced dead at Jamaica Hospital.

Was a man murdered because of his social media posts?

"I'm not going to finish crying because I've known him since he was 10 years old," Hollis resident Dino McCain said. "It's a shame that it happened."

The suspect, dressed in gray sweatpants, fled in a silver vehicle. A witness, a passing motorist, called 911 to report a man in a charcoal gray sweatshirt punching Simpson through his driver's side window.

When police arrived, they found him fatally shot. Simpson is believed to have been the intended target.

He owned Strictly Skillz Barbershop in Hollis with his older brother.

"His brother Sam is taking it very hard," cousin Ian Buddington said. "We left him at the house with family members praying and encouraging him."
The murder could be in retaliation for recent social media posts, investigators said. Simpson is a popular barber with an active social media profile, and detectives are combing through social media that includes recent posts that could have been interpreted as taunts.

"My sons come to this barbershop," neighbor Marie Miguel said. "They're taking it real bad. My grandson this morning, he woke up. He said, 'Grandma, my barber died."

He had just left the nearby Breezes Island Grill Restaurant and Lounge, and detectives are also looking into whether a dispute there led to the shooting.

People say he and his brother are men of the community.

"Once a year, when it came close to school opening, they would go out and spend money buying books for the children," Buddington said. "Mothers who couldn't afford cuts here for their children, they would do it free of cost."