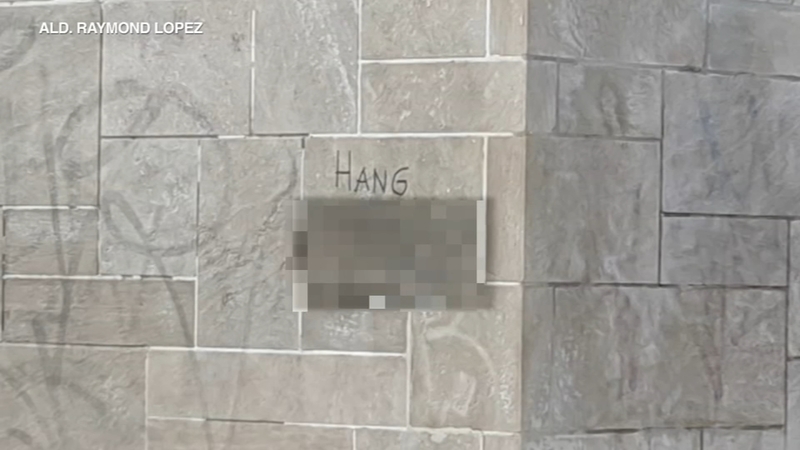 CHICAGO (WLS) -- A racist message was discovered scribbled on the side of a preschool in Chicago's Brighton Park neighborhood.

The racist graffiti was written in permanent marker on a brick wall of the Kiddy Kare Preschool and Kindergarten at 4401 S. Kedzie. ABC7 has blurred out the offensive word.

It was brought to the attention of 15th Ward Alderman Raymond Lopez on Sunday.

"Whether it was meant to be a joke or meant with intent is insignificant to me," Ald. Lopez said. "What they did was horrible and we were able to get that message out quickly."

Alderman Lopez said a woman in his ward told him about the graffiti and that his office responded immediately. First, it was covered with paper until the city's Dept. of Streets and Sanitation could power wash it. Then, the owner of the building hired another crew to sand blast it first thing Monday morning.

"It's so out of character for this neighborhood," Ald. Lopez said. "Especially when so many of my residents have been marching with the Black Lives Matter movement and in solidarity with the African American and Latino communities."

Monday was the first day the preschool opened to the public, but there is no indication that anyone saw the graffiti on the way to school.

"Oftentimes people will just hope someone else sees it, but working together got this message taken out of our neighborhood," Ald. Lopez said.