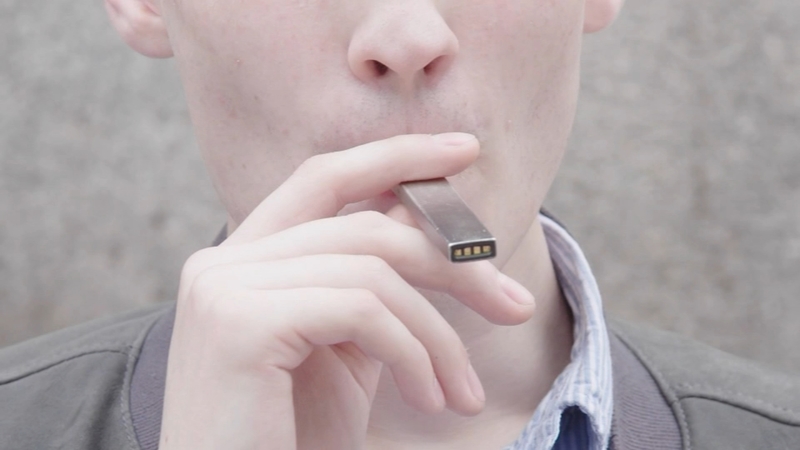 US Rep. Raja Krishnamoorthi announced new legislation Monday that would put a cap the concentration of nicotine in e-cigarette products.

The newly introduced bill would restrict nicotine content to no more than 20 milligrams per milliliter "to make them significantly less addictive and appealing to youth," according to an announcement Monday by Krishnamoorthi's office.

The move mirrors regulations in places like the European Union, which imposes the same cap of 20 milligrams per milliliter. In the United States, where no national cap exists, some brands contain several times that -- including 59 mg/ml in a 5% Juul pod. Juul has maintained that a 5% pod is designed to replace one pack of cigarettes in terms of the number of puffs and the nicotine strength. CNN has reached out to Juul for comment.

Under the legislation, the US Food and Drug Administration would also be able to lower the cap further if necessary, reported CNN.

Experts say that high nicotine concentrations have played a role in what they describe as an epidemic of vaping among youth. In September, the FDA revealed that 27.5% of high school students were current users of e-cigarettes in 2019 -- up from 20.8% in 2018 and 11.7% in 2017.

"As a concerned parent, I am committed to preventing a new generation of nicotine addicts," Krishnamoorthi, who has been at helm of a congressional investigation into youth vaping, said in a statement Monday. "Capping the concentration of nicotine in e-cigarettes is integral to ending the youth vaping epidemic by making these products less addictive, less appealing to youth, and less harmful to public health.

"After all, while flavors hook kids, it's nicotine that nets them and pulls them on the boat into a lifelong vaping habit and addiction."

Experts say nicotine concentrations have risen over recent years -- in part with the advent of "nicotine salts" that mask nicotine's naturally unpleasant taste by combining the basic chemical with an organic acid.

"The nicotine level in recent e-cigarette products is extremely high and very addictive," Dr. Anne Schuchat, the principal deputy director of the US Centers for Disease Control and Prevention, told CNN Chief Medical Correspondent Dr. Sanjay Gupta in an interview last month. "The nicotine salts that are used in the more recent generations of e-cigarettes make the product very palatable."

The newly announced legislation comes amid growing action by states such as Michigan, Washington and Massachusetts against sales of e-cigarette flavors and vaping products more broadly.

While some health and advocacy groups applauded the bill, Gregory Conley, president of the American Vaping Association, said in a statement "the public health quandary with JUUL is that its strong nicotine hit is responsible both for helping many adult smokers quit and for increasing youth experimentation and abuse of the products.

"Broad prohibitions will only encourage black and gray market sales of unregulated products and send youth chasing a 'head high' to illicit THC vaping products. Limitations or restrictions on nicotine content could be justified as part of larger reforms to how the FDA regulates vaping products, but in these discussions we should not forget about the lives of adult ex-smokers who rely on high nicotine products to stay smoke-free."