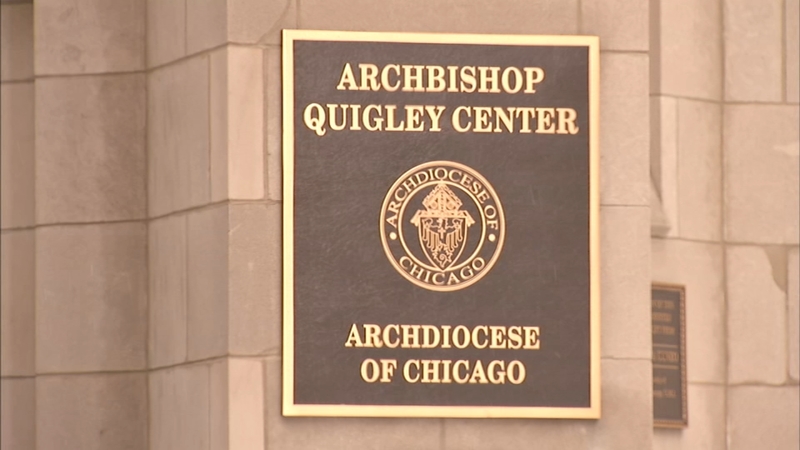 CHICAGO (WLS) -- Saying that "The Catholic Church has a moral obligation to provide its parishioners and the public a complete and accurate accounting of all sexually inappropriate behavior involving priests," Attorney General Lisa Madigan on Thursday said she would open what amounts to a statewide inquiry of the six dioceses in Illinois.

The ABC7 I-Team first reported at 6 p.m. on Thursday that the general counsel at the Archdiocese of Chicago had been contacted by the attorney general's office.

A spokesperson for the Archdiocese said officials "look forward to discussing our policies and procedures related to misconduct issues with her and her office."

The statement maintains that "since 2002, the Archdiocese of Chicago has reported all abuse allegations to the proper civil authorities - DCFS (in cases involving children) and the appropriate State's Attorney."

Attorney General Madigan made it clear that her official move follows this month's sweeping and stinging grand jury report in Pennsylvania that identified 1000 priest sex abuse victims during a 70-year period of Roman Catholic clergy misconduct.

"We have reviewed the Pennsylvania grand jury report, which identifies at least seven priests with connections to Illinois," Madigan's office stated. "The Chicago Archdiocese has agreed to meet with me. I plan to reach out to the other dioceses in Illinois to have the same conversation and expect the bishops will agree and cooperate fully."

The attorney general also held open a possibility that more strident efforts might be needed.

If Catholic Church officials stonewall the inquiry, Madigan stated that she "will work with states attorneys and law enforcement throughout Illinois to investigate."

Her counterpart in neighboring Missouri did announce more potent action on Thursday. Missouri Attorney General Josh Hawley said he was launching an investigation into sex crimes within the Roman Catholic Church statewide. Hawley said that the Archdiocese of St. Louis had pledged to open its files for the investigation.

Cardinal Blase Cupich, Archbishop of Chicago, did not issue an immediate comment on the state inquiry. Cardinal Cupich is currently in Dublin, Ireland at the World Meeting of Families. It is a conference that has been marked by discussions focused on how the church handles sexual abuse by priests-primarily after the Pennsylvania report.

Cardinal Cupich, an American church leader, said on Thursday that "a lot of damage has been done" to the faith of believers following the Pennsylvania scandal. He called the Pennsylvania report a "catalog of horrors."

However, Cupich said the main focus should still be the well-being of the victims and not the Church's reputation.

In Cupich's absence, the statement from his office in Chicago noted that local church officials have "worked cooperatively with the Cook County and Lake County State's Attorneys for many years."