Renée Elise Goldsberry, best known for role in 'Hamilton,' talks about life in the spotlight 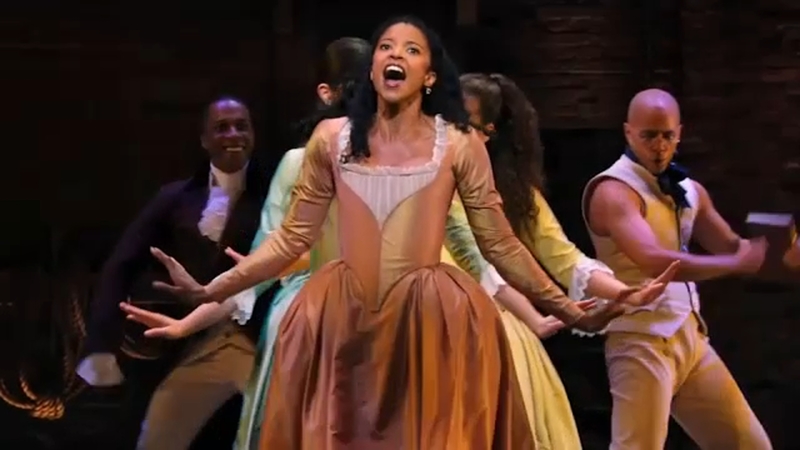 Renée Elise Goldsberry, best known for role in 'Hamilton,' talks about life in the spotlight

CHICAGO (WLS) -- Renée Elise Goldsberry is a singer and actress, but she is best known for her Tony award-winning role in the Broadway show "Hamilton."

Now, she's got a concert this weekend in Chicago!

She sat down with ABC7's Hosea Sanders to talk about life in the spotlight!

The role of a lifetime came with a rousing cast but Goldsberry is now taking the lead for her solo concert tour.

RELATED: 'Hamilton' on Disney Plus: Meet Lin-Manuel Miranda and other original cast members

"A love party, I like to have a love party," Goldsberry said when asked what fans can expect. "They can expect to hear some of the songs they know and love -- just to celebrate being back together listening to live music. We are going to go through about every genre of music until we get to the songs I'm actually most known for on Broadway."

Hamilton fans will remember Goldsberry as Angelica Schuyler in the Broadway hit.

"We're really proud of the work we did and we're really happy that Hamilton is still playing all over the world," Goldsberry said.

The actress nearly passed on the audition for the role -- that won her a Tony -- to spend more time with her children.

"I heard this one song that Lin-Manuel Miranda wrote called 'Satisfied,' and I thought, maybe I could bring my kids to this rehearsal, maybe they could come with me and I could do both of these things," she said.

A video of Goldsberry during her Dallas concert went viral.

"We had a sign language interpreter there for one of the performances and I realized at the end of 'Satisfied,' that wow, he was going as fast as my mouth," she recalled from the performance.

You can catch Goldsberry Saturday Night at the Auditorium Theatre!