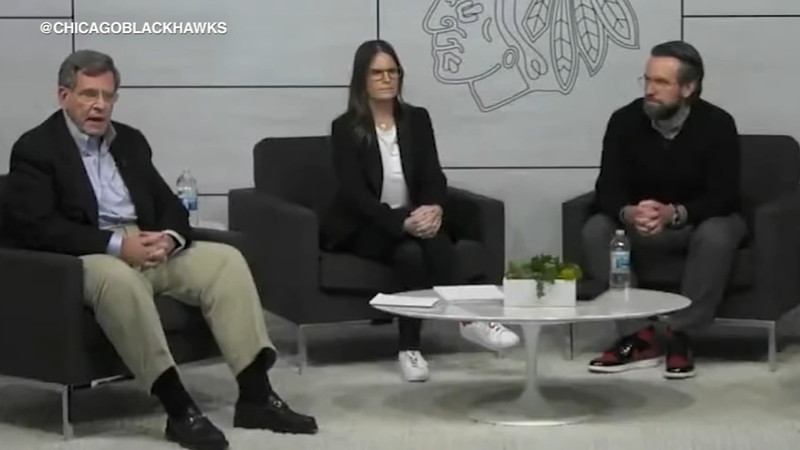 CHICAGO (WLS) -- It's what many see as a bewildering response to a valid question.

In the wake of Kyle Beach's sexual assault allegations and coverup accusations, how are the Blackhawks working to prevent sexual assault and empower players to come forward? Owner Rocky Wirtz answered like this at a town hall Wednesday.

The response was shocking to those who say they've survived sexual abuse at the hands of a hockey coach.

Gee started the non profit Survivors for Change with his friend, Michael Sacks, also a victim of sexual abuse.

The organization works to help male survivors of sex abuse.

Gee says he was sexually assaulted by a youth hockey coach when he was a player in Illinois.

"The first thing that went through my mind was Kyle (Beach). You know? This is a young man who is just starting his journey of healing. He was brave enough and strong enough to do something that's harder than you can possibly imagine in owning his truth and bringing that forward," Gee said.

He says Wirtz talked about Beach's pain like it was old business.

"It's not an appropriate response to a very dark chapter in your franchise's history," said ESPN 1000 host Carmen DeFalco.

DeFalco was similarly baffled at the response.

Rocky Wirtz released a statement saying, in part, "I want to apologize to the fans and those reporters, and I regret that my response overshadowed the great work this organization is doing to move forward."

Aside from that short statement from Wirtz released Wednesday the Blackhawks have not answered repeated requests for comment or an interview.